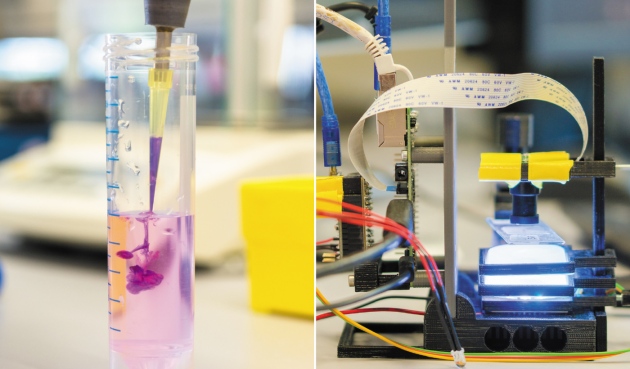 Few scientists know that, instead of buying their lab equipment, they can often build it much more cheaply — and customize their creations — by following ‘open-hardware’ instructions that are freely available online.

Proponents of open hardware — named by analogy to ‘open software’ in computer science — have already created free online designs for dozens of pieces of labware, taking advantage of manufacturing technologies such as 3D printers and laser-cutting machines. They argue that sharing designs for others to adapt can vastly accelerate the progress of science. But this share-all do-it-yourself (DIY) philosophy is yet to become mainstream. “The majority of scientists are still waiting to get involved,” says Joshua Pearce, an engineer at Michigan Technological University in Houghton, who two years ago published a book for scientists on how to create a low-cost lab.

Here is an example, how to make a syringe pump: