OLO: Transform a Smartphone into a 3D Printer 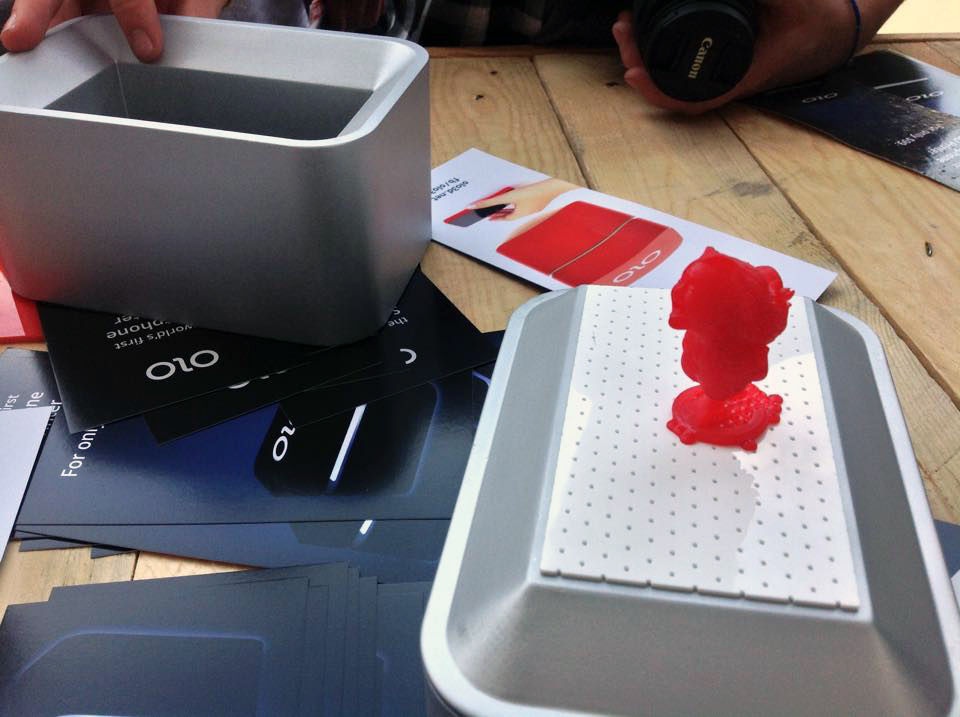 Developed by Solido3D, a rapid prototyping and digital fabrication firm that describes itself as “the first Italian ‘digital factory’”, OLO is a device that its designers claim can turn any smartphone into a 3D printer. And, in about a month, OLO will be available for purchase for only $99 on Kickstarter.

Though the actual mechanics of OLO have yet to be revealed, the OLO 3D team tells me that the battery-powered device consists of only 7 components and one motor and uses “smartphone electronics to their full potential”.

While Kickstarter has had its fair share of 3D printing-related scams, Solido3D has had a solid track record over the past 15 years, working on over 1,200 projects that include clients such as Calvin Klein, Vodafone, Coca Cola, Zaha Hadid, and Viacom.  This, in addition to working with young creatives, has, they said, allowed them to understand 3D printing technology and its market.  To further validate their claims, OLO just took home the Editor’s Choice Award for one of the best inventions at last week’s World Maker Faire in New York.

Massimo Banzi in person said that the project is awesome. For now, we can only subscribe to Olo’s newsletter to know when the Kickstarter campaign will be online. In the meantime, you can join the Instagram challenge and win the first Olo printer!