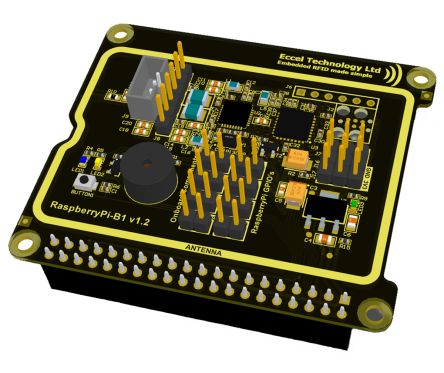 Eccel Technology has launched a Raspberry Pi Hat RFID/NFC Board that is also known as the Raspberry Pi-B1.

The Raspberry Pi-B1 provides RFID or NFC communications at 13.56MHz at a range of up to a meter, and is aimed at Raspberry Pi based access control, monitoring pre-payment, resource management, and connection-less storage systems.

The Raspberry Pi-B1 supports Mifare Classic, Ultralight, and NTAG2 RFID technologies, and provides high transponder read and write speeds. An ARM microcontroller handles the RFID configuration setup, and provides for a command interface to facilitate fast read/write access to the memory and features of the various transponders, says Eccel. The command interface is made available via a 921Kbps COM port. 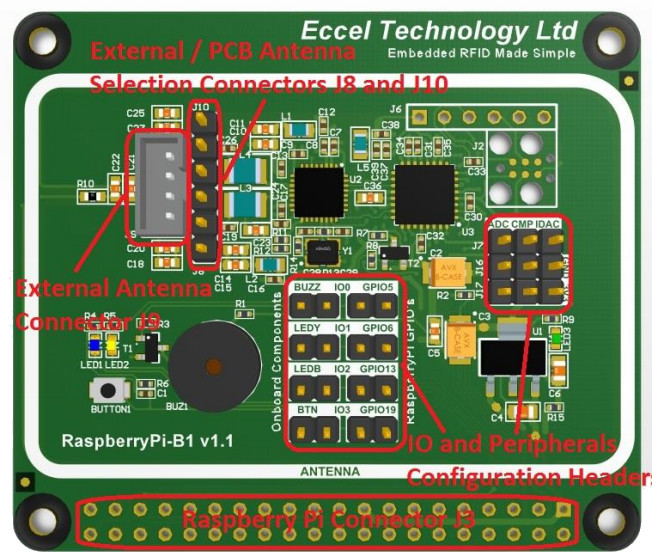