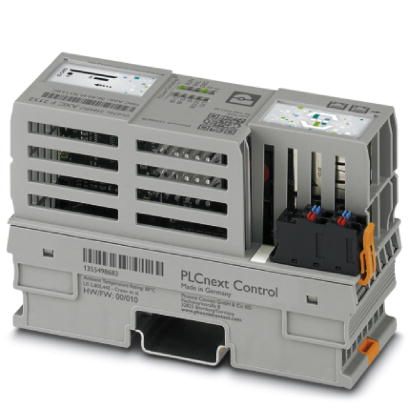 Multiple developers can work independently in different programming languages and with the development tools they prefer. The result is significantly faster application development. Open source software and apps can also be incorporated into the system in a flexible way.

“PLCnext Technology forms the basis of the new, open control platform from Phoenix Contact. This new technology makes it easy to work in parallel with established software tools – such as Visual Studio, Eclipse, Matlab Simulink, and PC Worx Engineer – as well as creating programming code both in IEC 61131-3 and C/C++ and C#. Additional functions from third-party manufacturers or the open-source community can be added to the Phoenix Contact automation system, merging into one complete system.”

The new controller is adaptable and open to the application of future technologies. The expanded connectivity provided by open interfaces and a direct cloud connection give you more freedom of choice. In addition to its open design, PLCnext Control’s high-performance CPU and large mass storage in a small housing make it a convincing alternative.