How a $35 RaspberryPi can beat PS4 game protection! 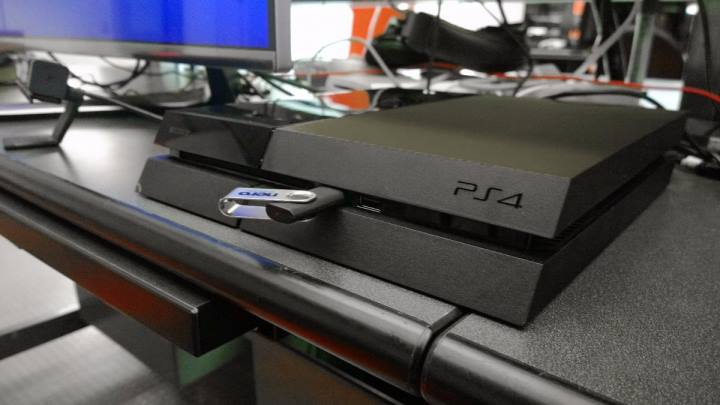 We are exploiting any possible application for our microcontrollers and microcomputers, like Arduino, BeagleBone, BananaPi, RaspberryPi, but this one is quite new.

It seems confirmed that some Russian and Brazilian game stores are selling illegally modified Sony PS4 to override the game’s copy protection. The interesting fact, for us, is that the core of the whole process is based on a Raspberry Pi.

A dump of a “legit” console with a dozen games on it is performed, and copied to the target console. In addition to a copy of the hard drive, it is safe to assume a dump of the NAND/BIOS is performed as well. It seems the dump is performed with the help of a regular raspberry pi. The hack has been made possible since, by mistake, Sony don’t protect and hard code the bios hash inside the CPU, making it possible to bypass the Bios with alternate ways.

The process described is extremely similar to what has been described on the scene, and as we reported here. Activate a PS4 for a given account, make a full copy of its state/NAND, deactivate it, then copy the backed-up NAND again. The console ended up with 2 registered accounts, which are part of the cloning process, and required for the games to work. 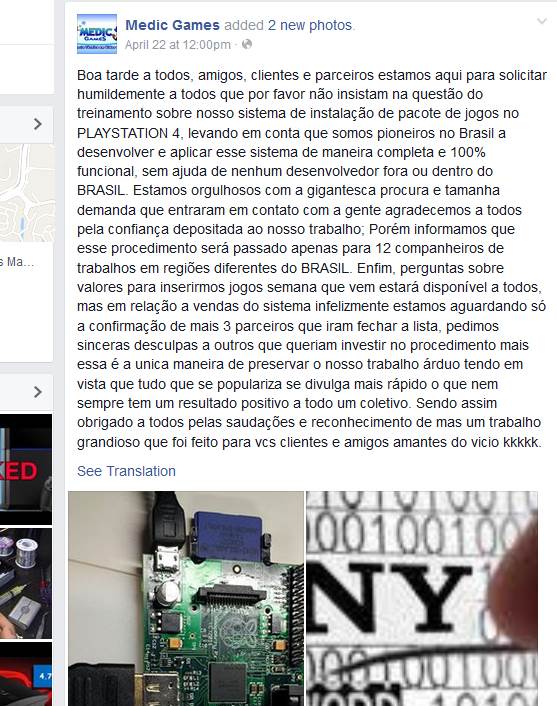 Other ways have existed for pirates in the past: Sony lets people activate several consoles on the same account, so some people abuse that system by sharing accounts with their friends. This piracy technique remains limited as you can only share an account with a limited number of consoles. This new technique, however, has virtually no limit to how many PS4s could replicate the games. As such, this is a very lucrative business for these electronics shop, who make close to 100% profit on this technique.

These shops in Brazil charge about $100 to install 10 games. These games would cost almost $600 normally. This is a great deal for both the client and the seller. To get more games, one has to come back to the store and pay roughly $15 for each additional game.

Sony are not totally ignoring the issue of piracy in Brazil. It seems they are aware of the “account sharing” technique (and how some stores are monetizing it) and already sending cease and desist notices about that. It is safe to assume they will at least do the same for this new piracy technique, and will probably be looking into ways to patch the hack. As a reminder, people on the PS4 hacking scene have told us that the technique they knew about has been patched on 2.51, so it seems the technique used by Brazilian stores is slightly different from that.

Anyway, this hack (that is violating Sony license) has been done by professional, only for academic purpose. Don’t try at home :)