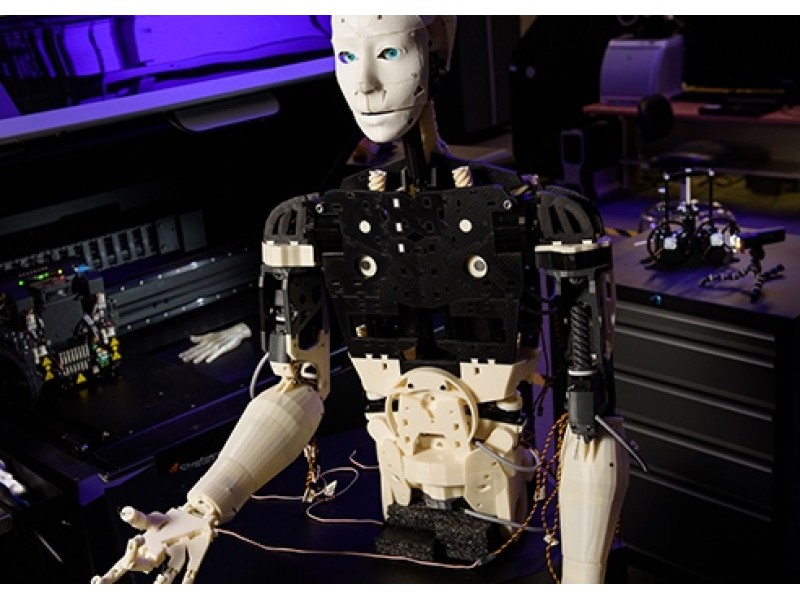 From April 19 through the month of May, the Liberty Science Center in Jersey City will be teaming up with the Stevens Institute of Technology in Hoboken for a new exhibit: one of the “fastest-produced, full-upper-torso, 3D-printed robots in the world.”

The robot – which can move, swivel, raise its arms, pick-up items and wiggle its fingers – was created by students at Stevens Institute.

Based on work from French designer Gael Langevin and his InMoov open source project, the robot was transformed by computer-aided design file, according to a news release.

Liberty Science Center has partnered with Stevens Institute of Technology students on a cutting-edge technology display featuring an interactive humanoid robot named SARA (Stevens Artistic Robot Animatron). You can play a few rounds of robot “Simon Says” or take a selfie with SARA. Parts of SARA were designed by a French sculptor, and some parts were made using a 3D printer. The robot’s capabilities include motion tracking, handling objects, and speech—SARA just loves to talk about SARA!

For more information about the exhibit, visit www.lsc.org