Facebook needs you to fill its News Feed, Oculus Rift, and Gear VR with 360 content. So today it put all the hardware and software designs of its Surround 360 camera on Github, after announcing the plan in April. Thanks to cheeky instruction manual inspired by Ikea’s manuals, you can learn how to buy the parts, assemble the camera, load the image-stitching software, and start shooting 360 content.

Essentially 17 cameras on a UFO-looking stick, the Surround 360 camera can be built for about $30,000 in parts. The 4-megapixel lenses can shoot 4K, 6K, or 8K 360 video, and fisheye lenses on the top and bottom remove the blindspots. Facebook forced a random engineer to try to build the Surround 360 from the open source instructions, and found it took about four hours. 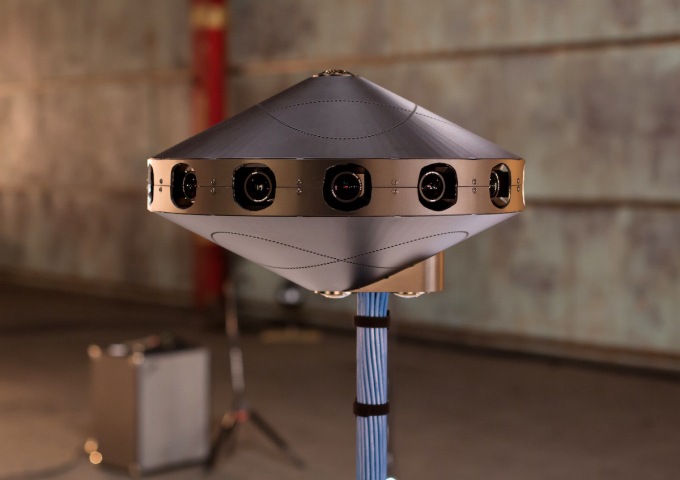 For the average consumer, the Surround 360 is surely too expensive and laborious compared to the ~$400 off-the-shelf models you can buy like the 360Fly or the Ricoh Theta.

Professionals who need an adaptable, portable, durable camera for commercial shoots would otherwise have to spend $60,000 for a Nokia Ozo, $15,000 for the Google Jump-powered GoPro Odyssey which is only in limited production, or wait for the Lytro Immerge. The Surround 360 is immediately available for construction with generally available parts, and can be tweaked to a creator’s needs.

As with Facebook’s other big open source initiatives like the Open Compute servers, React JavaScript library for building interfaces, it hopes developers customize the designs to their needs, but also contribute suggestions for changes that it can share with the community. “They can help improve our blueprints”, Facebook says.