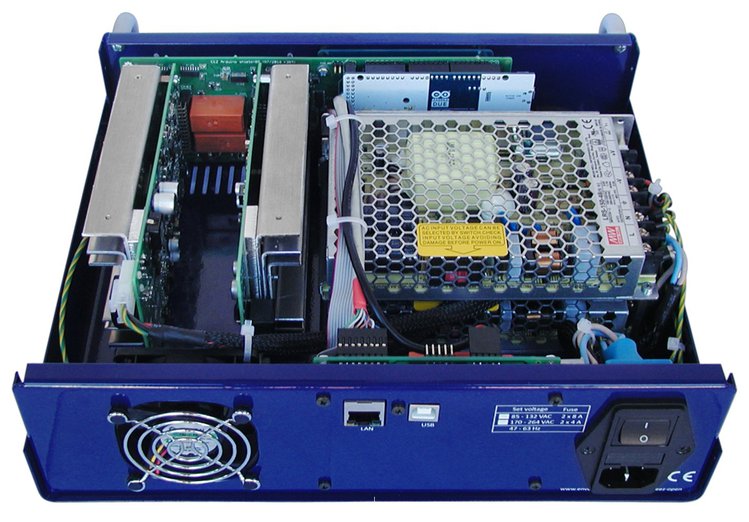 The EEZ Open project is an attempt to bridge the gap between T&M tools for hobbyists and students and the tools relied on in commercial, professional environments. It does that by combing the best of both sides.

The EEZ H24005 is composed of the following parts and modules: 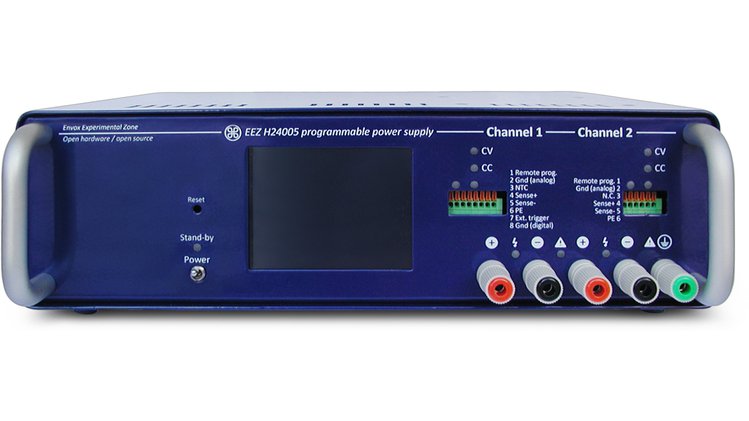 EEZ Complete documentation and the open source software is available on GitHub repositories, one for the hardware and one for the software. The EEZ H24005 power supply is now in its fifth revision, with three public releases completed. Firmware M3 (milestone 3) was completed in December, 2016, with support for a comprehensive SCPI command set and a TFT color touch-screen display. The command set is documented in a 100+ page SCPI reference guide.

Both applications run on multiple OS’s (Linux, Windows, OS X, etc.) with the Arduino IDE supported as a first target platform. They chose it because it’s also open source and cross-platform and well known within the DIY and maker communities. Modifying existing code, adding code to achieve new functionality, or simply uploading to a new firmware releases shouldn’t be a problem.

The EEZ H24005 is fully free and open source, it provides a level of independence and hackability that simply doesn’t exist with proprietary, traditional tools.

Keep in mind that the H24005, unlike any other power supply, provides these unique features: