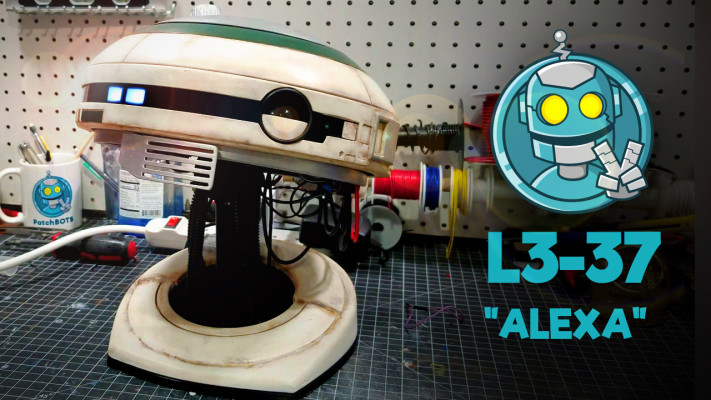 One of the best parts of Solo: A Star Wars Story is the L3-37 droid, who’s been uniquely pieced together and upgraded from parts of other droids. The maker Patrick Stefanski has essentially done the same thing to turn Amazon’s Alexa voice assistant into a desktop version of L3-37 who answers to your beck and call.

The customizability of Amazon’s Echo speakers, which feature Alexa built-in, are quite limited. So in order to make his L3-37 actually respond to the simple phrase, “Elthree,” Stefanski instead used a software version of Alexa running on a Raspberry Pi3 SBC. It also allowed Stefanski to alter his location so that his Alexa-powered L3-37 speaks in a British accent, similar to actor Phoebe Waller-Bridge’s performance of the character in the movie.

The version you see above is painted and weathered but you can 3D print your own pristine version from here and then add in a Raspberry Pi and Arduino with a simple servo to control the head motion. In all it looks like a lot of fun and the hardest part will be printing all of the larger head parts necessary to recreate L3’s saucer-like dome.

Let see how it works in the video below: