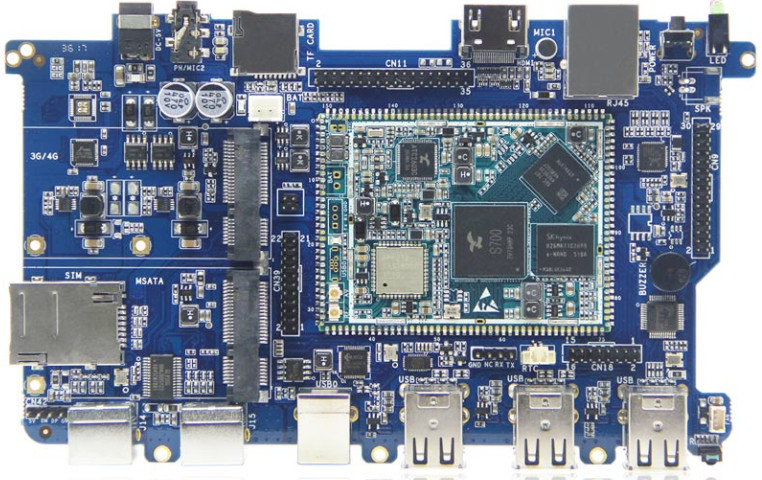 CubieTech’s two new CubieAIO sandwich style boards appeared on the CubieTech website earlier this month: the now shipping CubieAIO-S700, as well as a CubieAIO-S500, which does not yet appear to be for sale. Like the CubieAIO-A20 (an Allwinner A20-based SBC) and all the CubieBoards, these are open source boards, but they use Einstein-branded computer-on-modules in a sandwich-style design, integrating the Actions S700 and Actions S500 respectively.

The CubieAIO-S700 builds on CubieTech’s separately available Einstein-S700 COM. No clock rate is listed for the module’s quad -A53 Actions S700 SoC, which has a hexa-core Mali-450 MP4 GPU. The SoC also provides an integrated VPU with support for H.265 4K@30fps video playback and H.264 1080p@60fps capture. The S700 integrates TrustZone Security, as well as a memory controller that supports 2GB of DDR3/DDR3L/LPDDR2/LPDDR3 RAM.
The Einstein-S700 module features 1GB or 2GB LPDDR3 and a default of 8GB eMMC. There’s also an Ampak AP6212 wireless chip that is said to be compatible with the AP6255. The AP6212 provides dual-band 802.11ac WiFi and Bluetooth 4.0.

In its marketing materials, CubieTech praised Actions for being more amenable to open source developers compared to most chip vendors. This was specifically a dig at fellow Chinese semiconductor firm Allwinner, which remains popular among open SBC projects primarily due to the efforts of third party communities like Armbian. The CubieBoard community supports all four boards with Actions-tailored images for Android 5.1 and Debian with Linux Kernel 3.10. CubieTech says Ubuntu, Fedora, and OpenWrt will run with the help of “many open source organizations.” 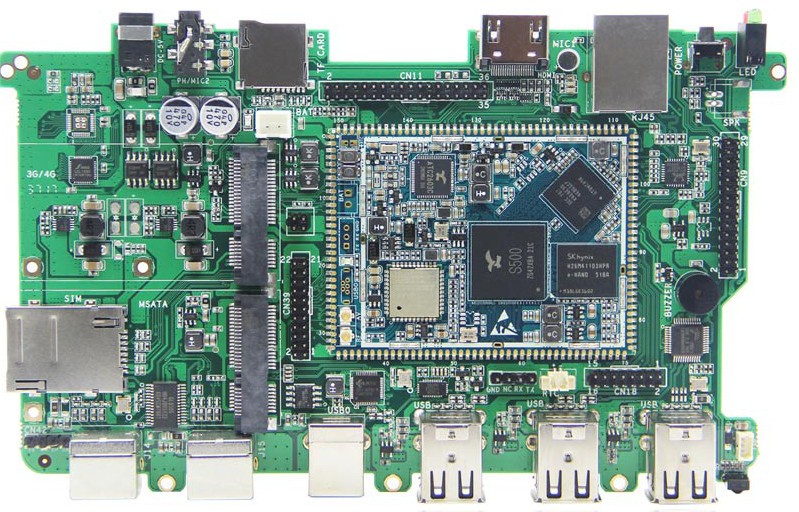