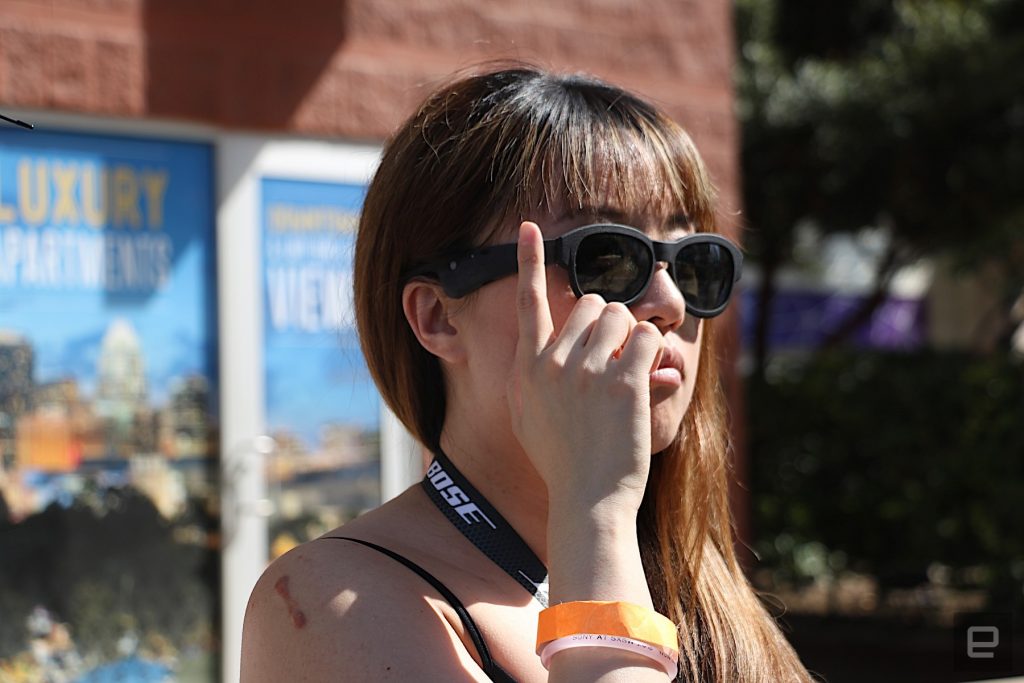 High-end audio equipment company Bose is developing augmented reality (AR) sunglasses. The company has demonstrated a 3D printed prototype that can provide audio information about local points of interest, and expects to launch the Bose AR product this summer. Announced at SXSW, the Bose AR sunglasses look like any ordinary pair of sunglasses.

“Bose is particularly interested in glasses because they’re more comfortable and socially acceptable for constant wear than earbuds, and they don’t signal that you’re busy or unapproachable.”

Using location data from embedded motion sensors and a Bluetooth connection to your phone’s GPS functionality, Bose AR can discreetly pump out contextually relevant sound based on positioning, gestures, or geolocation. It’s interesting, no doubt, how a company who has built their reputation on audio equipment, wouldn’t stick to earbuds or headphones.

The AR glasses have two narrow directional speakers built into the ends of the stems that blast sound right into your ears without needing any kind of earbuds. You can hear the music, but other’s can’t unless they literally press up against them. Beyond listening to music, the Bose AR sunglasses know what you’re looking at without using any camera. You get audio information simply by looking at a bar or landmark and then double-tapping either the left or right stem.

Additionally, the AR glasses also recognize head-based gestures. So for instance, if you’ve got an incoming phone call, you can nod your head to answer or shake your head to decline it. Or to select items on an audio-based carousel menu, you might rotate your head to the left and right.

The Bose AR glasses—which presumably won’t be 3D printed when it comes to production—are expected to arrive this summer.

Bose is introducing people to look at the world differently! But If you aren’t interested in these AR glasses, you can choose to build one of these open source smart glasses :)