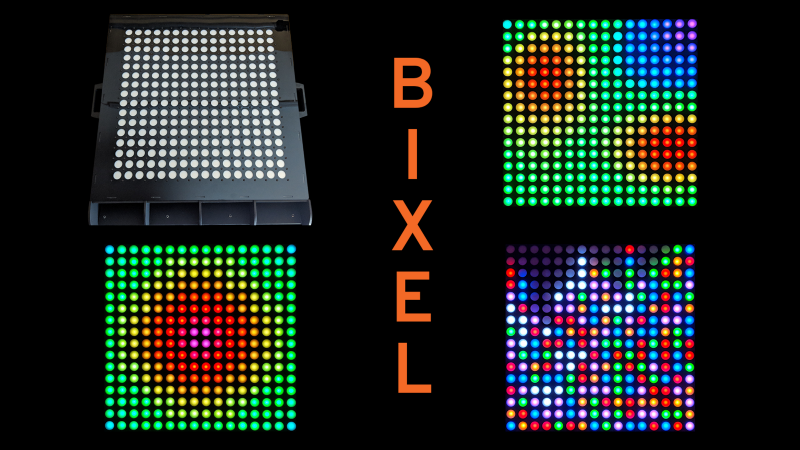 Combine a button with a pixel, and you produce a Bixel. Combine enough of them, and you can create a large LED interactive display where each pixel can be pressed to change an animation in real-time, which is what the people at Maniacal Labs have successfully created.

The Bixel’s original design was to use arcade buttons with built-in RGB LEDs. But when they priced them out, the best they could do was $2 a pop. That’s $500 for just the buttons alone, before they even got into the enclosure or electronics.

Instead, they chose to use individual RGB LEDs taken from SK9822 strips and engineered a custom setup, which worked out well. To the sides of each section of strip are two tactile switches, and above is a sandwich made of laser cut acrylic.
The sheet closest to the LEDs has a 25mm hole, the top sheet has a 20mm hole, and between them is a circle of acrylic that acts as the button. Once it’s all screwed together, the button can’t fall out of the front or move from side to side, but it can be pushed down to contact the tactile switches.

The hardware to control the display was done using a Raspberry Pi 3, which processes the inputs and display patterns and then passes it off to a Teensy microcontroller that tells the LEDs what to do.

Let see the assembly process in the video below.