Asus Tinker Board Vs Raspberry Pi 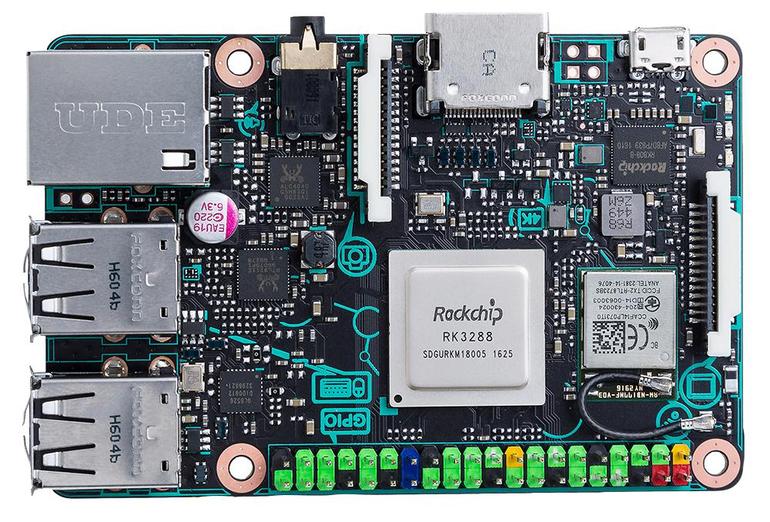 The Raspberry Pi has a new rival, the more powerful but slightly pricier Asus Tinker Board.

This is a powerful board highly compatible with current solution and peripherals available in the market and it combines low power consumption with high performance platform.

Asus board has a quad-core 1.8GHz Rockchip processor, compared to the quad-core 1.2GHz Broadcom processor in the Raspberry Pi 3. It also has 2GB of memory, double that of the Pi 3.

One online benchmark claims the Tinker Board is almost two times faster than the Pi 3 in Geekbench, with Asus’ offering racking up a score of 3925 compared to the Pi’s 2092, as well as being faster when reading from and writing to storage.

Asus’ offering provides an alternative to Pi users while they wait for a performance upgrade, as the Pi’s co-creator Eben Upton has warned it will likely be at least 2018 before a new Raspberry Pi board is released. He also cautioned against expecting the Pi 3 to get a memory bump in the near future.

£55 vs. €35: maybe Raspberry Pi 3 board isn’t more powerful or faster than Tinker, but it’s a lot cheaper! What’s your favourite? 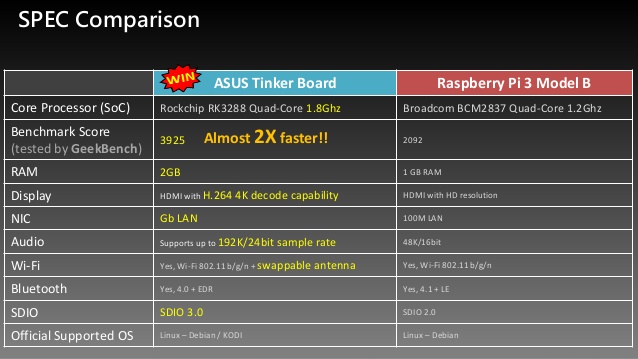