Arduino E-Z COMMS Shield: You Can Make Your Project Speak! 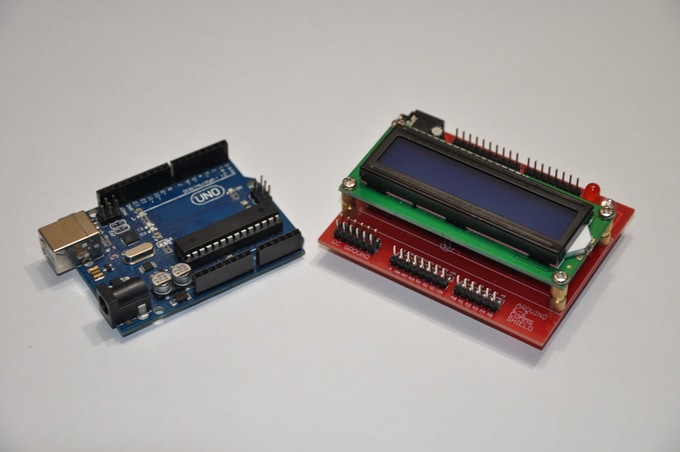 Patrick Mitchell from Engineering Shock is passionate about electronics and enjoys making projects for himself and others. His last project, launched on Kickstarter, consists of an Arduino based shield that lets you bring speech to maker projects called E-Z COMMS Shield.

“After my last campaign, I wanted to create a simple and fun project.  One that didn’t have too many accessories, and one that was plug-and-play.  This shield has a build in LCD with controllable back-light, two on-board indicator LEDs (Green abd red), and an audio output jack function that borrows from my LITTLE BUDDY TALKER Kickstarter campaign.  You’ll be able to choose between one of two audio chips that can be talked to easily with code.  Make your projects speak!”

It plugs in as an Uno shield, and provides a 16-character x two-line LCD in the middle, 256 audio words along with a stereo jack that can transmit speech to powered external speakers.

Two different audio chips are available for the project, both graduates from previous Kickstarter projects. The LITTLE BUDDY TALKER chip can speak time, numbers, dates, months, math symbols, and measurement units. The multi-alphabet chip holds alphabets from English, French, German, Italian, Portuguese, Russian and Spanish. The NATO phonetic album is available in English along with a male and a female voice.

What’s also interesting is that, in addition to allowing access to the Arduino’s I/O pins, it includes a bank of six ground, five 5V, and three 3.3V pins to power your project.