An interview with LadyAda, Limor Fried founder of Adafruit 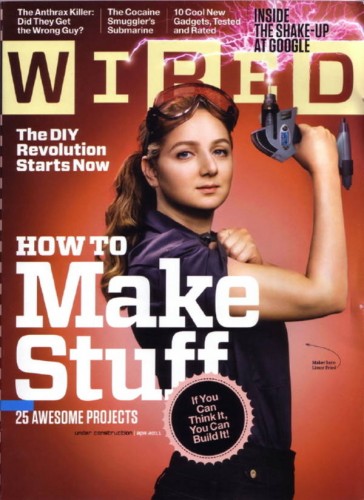 Limor Fried aka Ladyada is the founder of the Adafruit Industries. Besides having been featured on Wired’s cover she is a continue inspiration for hackers and entrepreneurs worldwide. We had the chance to interview her on a quite long bunch of topics and she was so awesome to find time to answer. 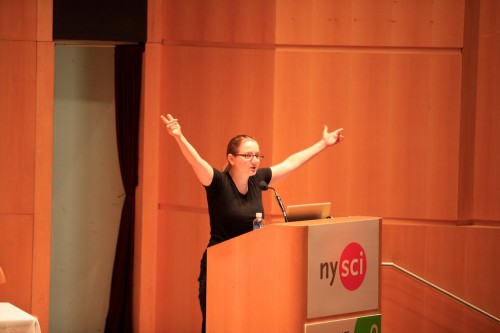 [OpenElectronics] If open source runs the internet. Could we think that, at some point, the open source hardware set of common designs will help run the physical economy?

[Ladyada] In many ways “open” hardware is starting to make an impact with not only the ways customers purchase and use things, but how companies are creating and sharing products. From Kickstarter to Quirky, early stage products are being worked on collaboratively with the communities they create or have. While it’s not all open-source hardware, there are a lot more products and designs that have parts that are open to encourage hacking, modding, fixing and beyond.

[OpenElectronics] And what’s the role of digital fabrication on that?

[Ladyada] Smart companies will be opening up more and more of their designs, we’re starting to see even larger, traditional companies put out designs for their customers/community to re-mix, Nokia recently published the CAD files so you can make your own phone case for their phones.

[OpenElectronics] How to overcome the inherent problem that, in physical world, resources are scarce and not abundant as in the digital economy?

[Ladyada] Scarcity for electronics components has decreased over time, I think with low-cost development platforms like Arduino & Raspberry Pi we’ll see a lot more access and availability. The latest Raspberry Pi (model A) is $25 and it’s a full-blown Linux computer.

[OpenElectronics] What’s the importance of frameworks in open hardware? I often think to the role frameworks for in open source software (things like java or PHP). Do you see something similar to that in Hardware? Are things like Arduino or Raspberry Pi to OSHW what Java or PHP were to OSS?

[Ladyada] The idea of “shields” and ways to add functionality is very powerful for open hardware, webIDEs, standard code examples like Arduino code for sensors are now all pretty common. It’s one of the great things that have happened for companies and communities, it’s pretty standard to get Arduino code with your purchase along with schematics.

[OpenElectronics] What’s the core business of Adafruit, hardware or learning?

[Ladyada] We like to say we’re a learning & tutorial company with a gift shop :)

[OpenElectronics] Could you name few projects, frameworks or initiatives that are doing a great job of expanding the maker / hacker movement?

[Ladyada] GitHub has been really helpful for companies and makers, Instructables for sharing projects. 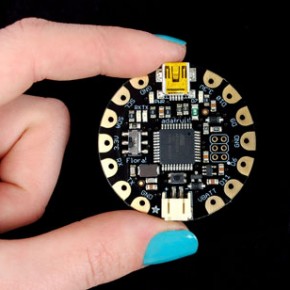 [OpenElectronics] Would you name your preferred adafruit product these days?

[Ladyada] It’s hard to just pick one, but I’m really excited about our new wearables, specifically the FLORA. We wanted a really powerful platform that could do a lot of new projects we have not seen before – http://www.adafruit.com/flora/

[OpenElectronics] We deal with hardware: often these components are made with impacting technologies, rare earth elements, and are not so great as for sustainability. Don’t you think it’s time to advocate for fair trade electronics?

[Ladyada] It’s already happening, while I can’t speak for other companies, at Adafruit we are trying. It’s certainly true that right now most electronics contain metals that could come from a conflict-area. Unfortunately there is no way to know whether the components you are purchasing contain conflict-metals. For that reason, we try to avoid using tantalum capacitors and use ceramics when possible instead. It would be great if components were rated not only for RoHS-compliance but also conflict-avoidance.

[OpenElectronics]  If you shall name a person whose thinking and practices shall be considered an inspiration, who would she be?

[OpenElectronics] When it comes to commercial, complex products like a 3D printer, laser cutter or something else, do you think that open OSHW model is still compatible?

[OpenElectronics] What are the other promising fields (I mean further than electronics) for OSHW?