When we think of desktop FDM/FFF 3D printers, we typically picture a gantry style Cartesian-based machine, or a Delta robot style printer. These machines are capable of 3D printing objects based on three axes: X, Y, and Z. The X and Y axes make up the two-dimensional plane, while the Z axis is the third dimension, allowing for objects to be built up one layer at a time. For one University of Oslo Master’s student, named Øyvind Kallevik Grutle, this just wasn’t enough.

“The system is a modified RepRap Ormerod, where I have used the Duex4 controller for added motor drivers,” Grutle tells 3DPrint.com. “Then I have modified DC42’s Ormerod firmware version 1.04d to use the extra drivers on the Duex4 as motor drivers. Also the system utilizes a gcode which is based on FANUC Type I and Type II where the gcode has an untransformed x, y and z coordinates and an A and C angle or I, J, K vector which is the direction of the nozzle onto the part which is being printed. This gcode is transformed in the firmware and so the printer goes where it should.”

“Normal 3D printers can already do this to some extent with a low layer height and support, but my system removes costs in support material and time with the help of the 2 extra axes,” Grutle tells us. “Another benefit of this system is that it can build parts where the layers are in different directions. This can create parts that can bend in different directions, and can create parts which are stronger than in a normal system.”

Gruel, who is a 28-year-old student currently working for his Master’s degree in Robotics, plans to release the design files and instructions for this 5-axis 3D printer as an open source project, since it is based on a system from the RepRap community. He still hasn’t decided if he will develop it further or just release what he has created thus far. 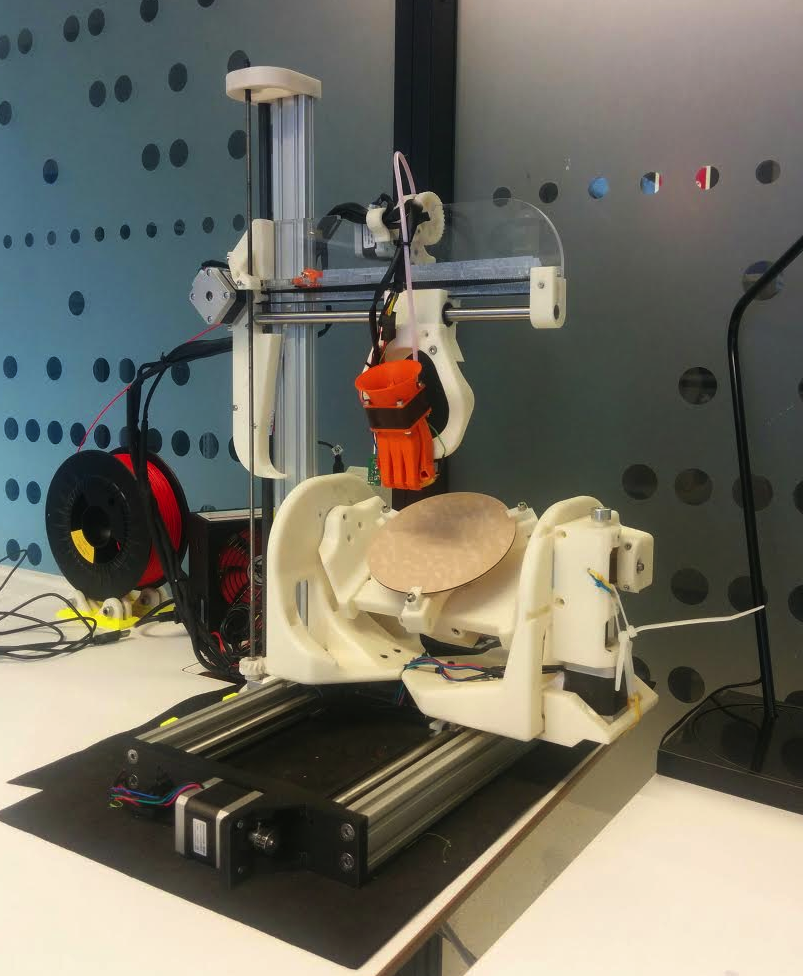