Your next Programmable LED Glasses just got funded on Kickstarter

This is an amazing prject: look at the video because it’s hilarious.

What are RGB LED Shades?

They’re programmable shutter shade sunglasses with an array of 68 full-color LED pixels on the front. The LEDs can show different colors by mixing levels of Red, Green, and Blue…just like the screen you’re using to read this. Although the LEDs are very bright from the outside, they’re almost invisible from the inside; you can see out just fine. A programmable microcontroller (Arduino-compatible) chooses the color of each pixel to display a wide range of colorful animations.

According to the creator also “should you ever want to peek under the hood of your new LED glasses, we’ll be releasing the design files as OSHW after the Kickstarter ends.” So it’s also going to be Open Source! 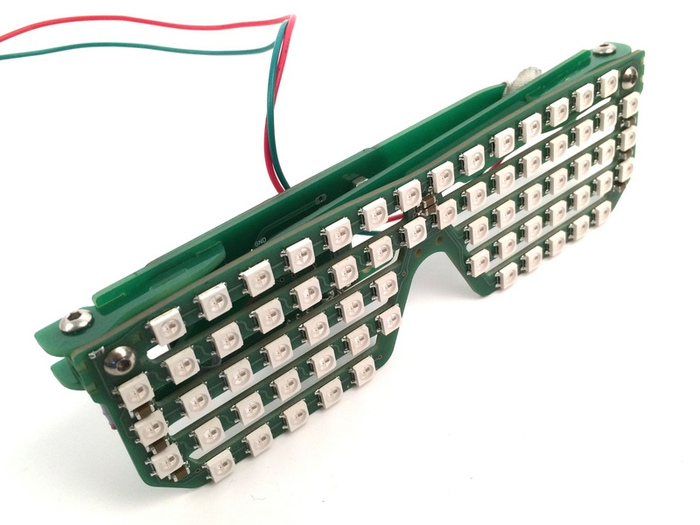