WiSoccero, the soccer-playing robot on Kickstarter 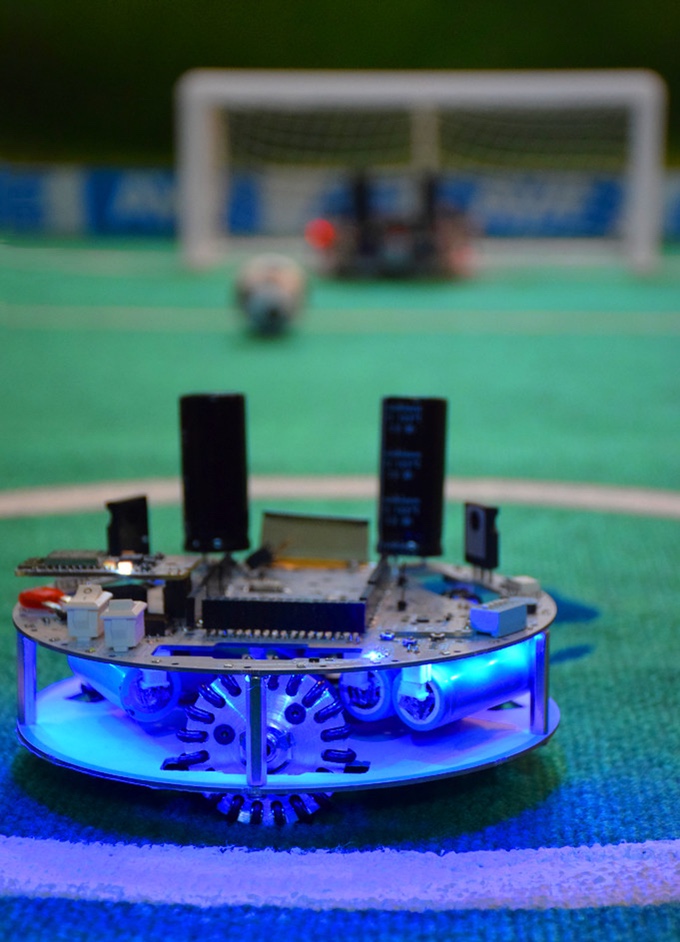 Petrunia Tech engineers are doing their best to develop a robot that plays soccer: Wisoccero.

The robots have omnidirectional wheels that allow them to move intuitively, and a mechanism that lets the robot hold or kick a small soccer ball. WiSoccero is powered by a controller using a Xbox 360 shell and minimal components to wirelessly tell robot what to do and where to go.

Two gyro sensors tell the robot exactly where it is in space and give the user a visual for the ‘front’ of the machine. Three DC motors drive the wheels and LEDs add flair to the system. The big selling point for the robots, however, is the WiLoader, a communication module that Petunia Tech has developed to add functionality to Arduino boards.

WiLoader connects to a wireless network and beams your programs to WiSoccero robots or any WiLoader equipped machine. WiSoccero is based on ATmega2560 core and it has all standard Arduino Mega Headers. The system takes advantage of Arduino’s open source philosophy and builds its own programming layers to control the robots.

The campaign page says that an app is also being developed compatible with iOS and Android, but there’s still a lot of work to do to improve it.

Pushing robotics, programming and single board computing is an excellent and noble goal. If you agree with me, you can help the engineers at Petunia Tech  to meet their funding goal on Kickstarter by March 10.