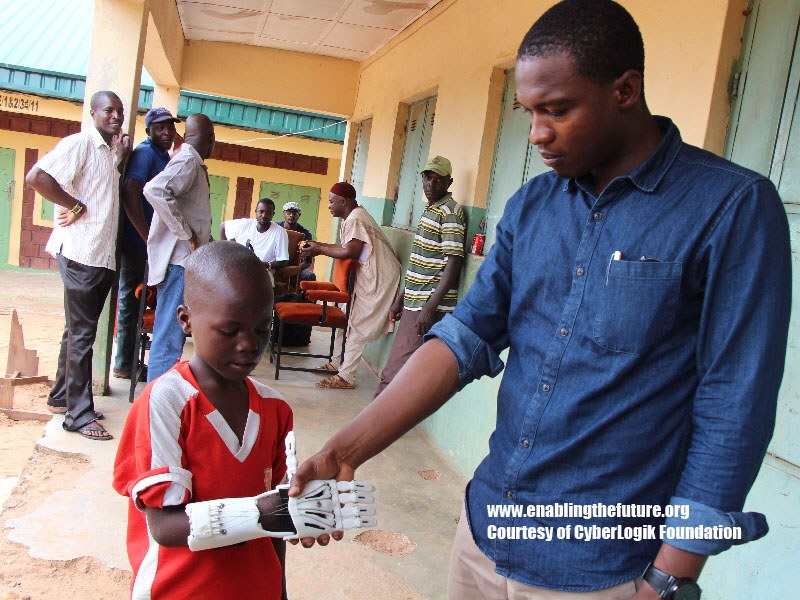 By sharing open-source designs online, any tinkerer with a 3D printer and a nearby hardware store can print and assemble various assistive devices for needy people in their local community. These prosthetic devices — mostly hands — aren’t as functional or durable as commercially available medical devices, but they’re cheap and easy to make, with total costs typically less than $50. It’s also affordable for kids grow, because it doesn’t cost a lot of money to 3D print the next size up.

The grassroots group pairs 3D-printing tinkerers with families in need around the world and it has now delivered more than 2,000 3D-printed hands to those in need, mostly kids. All documents about their prosthetic hand are published as an open-source document in the public domain. The eNABLE Community is entirely grassroots and independent; there’s no company or agenda behind the project.

If you like Owen’s idea and purpose, what are you waiting for join to eNABLE Community?