We’re a Finnish start-up company which specializes in active green walls which can purify air 100x better than traditional green walls. Few years ago we were in a need for easy way to get our green walls use GSM network to communicate with our servers. In the very first prototype we used ethernet shield for Arduino as we thought GSM is hard and problematic to do right. However we quickly found out that ethernet connection (or WLAN) wouldn’t work in the long run as it’s always hard to find ethernet wires close to our installation location. So we started thinking about using GSM. Back then we tested several options but once we found the breakout module for SimCom900 from Open-Electronics.org we didn’t look back. Open-Electronics also provides great library for the GSM shield to get started on the coding!

While prototyping we used Arduino Uno as the base for the whole system. However as we need to control lights,pump and fans and monitor humidity, temperature and water level in the reservoir we had quite a big mess inside the box as you can see from the prototype photo below! 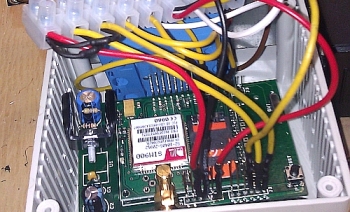 In this system we used the GSM shield for Arduino. Solid state relays from Celduc were used to control pump and lights which are 220V. eTape Liquid Level Sensor from Milone Technologies was used to check the water level. This however turned out to be expensive, hard to attach and fragile in our application. Also attached were RTC and temperature/humidity sensors.

After that we opted for custom made circuit board so that we’d get a cleaner and more maintainable system. We also had some EMI problems with the old system. The whole thing is actually a scaled up and high quality arduino UNO as we used the same Atmel chip as the base. We also came up with new way to measure water level in submillimeter accuracy which is not as fragile method as the eTape sensor. This new board also made it easy to utilize the internal RTC of the sim900 module which is quite easy to use with AT commands. 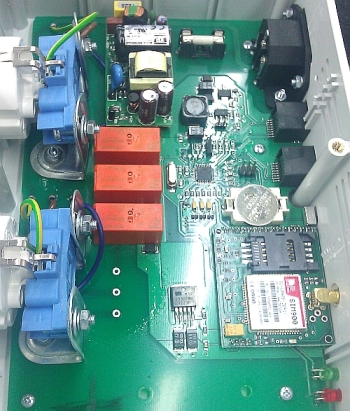 Now we have close to 5000 plants around Finland (and soon around Europe) which depend on this system. If anything fails the plants die as fast 8 hours! However we’ve had zero HW problems so far (plenty of software and human error though!) and the GSM shield has been working like a dream. 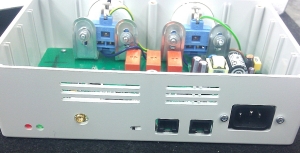 I'm serial entrepreneur living in Finland. I started my first company when I was 13 and I enjoy working with problems worth solving. I'm currently a founder of Fresh Effect in which I created an air purifying green wall in which every plant can purify air 100x better than in any traditional green wall. My company: www.fresh-effect.com My personal pages: www.tuxie.org