Tiny robots carry up to 2,000 times their own weight! 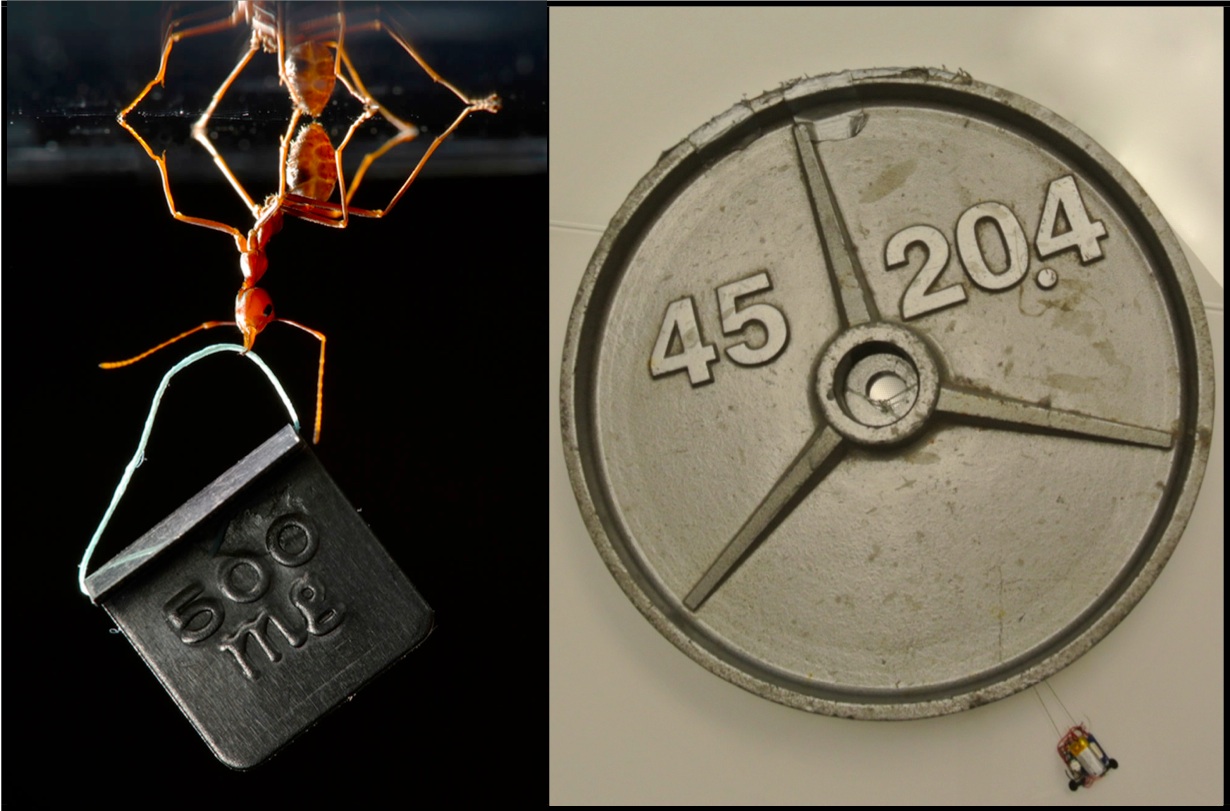 Incredible research done at Stanford, a new generation of micro-robots (named MicroTugs) has been designed following the tricky principles exploited by ants and geckos, allowing them to do the incredible.

If the same “strength” would be applied to a human being, he could climb a skyscraper lifting up an elephant!

This work demonstrates a new type of small robot that can apply orders of magnitude more force than it weighs. This is in stark contrast to previous small robots that have become progressively better at moving and sensing, but lacked the ability to change the world through the application of human-scale loads.The work focuses on two major variants: a 12g ground based robot that can pull 40N in shear force, and a 9g climbing variant that can climb while carrying 10N of load. The papers discuss the controllable adhesive technology that makes these feats possible, as well as the constraints it puts on the designs and actuators. The ground based paper focuses on the concept of small robots with large loads, and the actuator work cycles necessary to enable these capabilities. The Climbing paper focuses on the anisotropic adhesion that is necessary to allow these robots to carry the continuous load present when there is no static friction in between steps.

The team covered the robot’s feet with tiny rubber spikes that bend and stick to a surface. When the robot picks its foot back up, the spikes straighten out again and detach.

“It was a really fun project to work on, seeing these robots in action for the first time was pretty incredible,” said Mr Christensen.

The next step, he said, would be about “looking at ways to make multiples of them work together as a team, and scaling the technology up to larger bots with more industrial parts and a whole lot more force”. 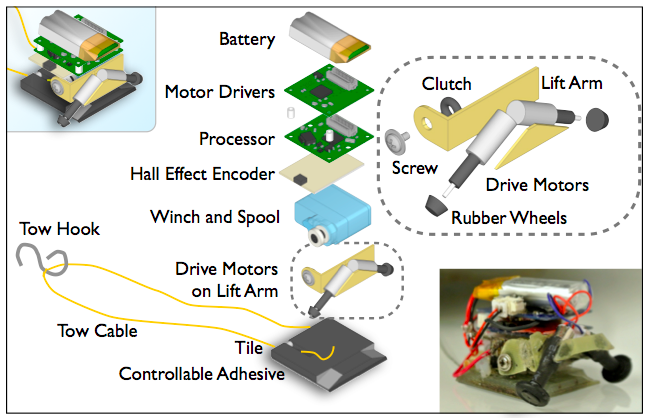 The Pentagon’s research unit Darpa is working on a similar technique that could allow a man to scale a wall with no climbing equipment, rather like Spiderman. Its Z-Man programme was shared with the public in 2014 although it has been in development for several years.

The MicroTug robots will be on show at the International Conference on Robotics and Automation taking place in Seattle next month. 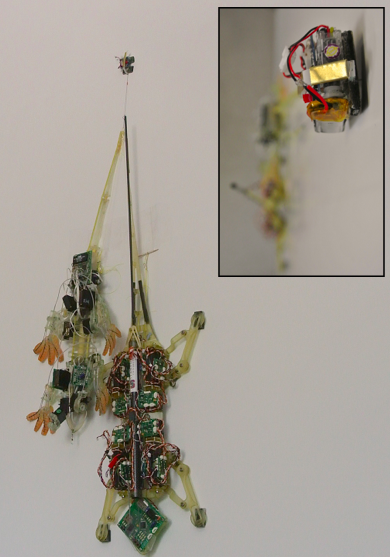