The Fab Lab Life Cycle – Report of the FAB10 workshops

An interesting Report on the Fab Lab lifecycle has been released.
This report gives an highlight of what was discussed earlier on in July in Barcelona during Fab10 during one of an incredible number of workshops that were held at the event: 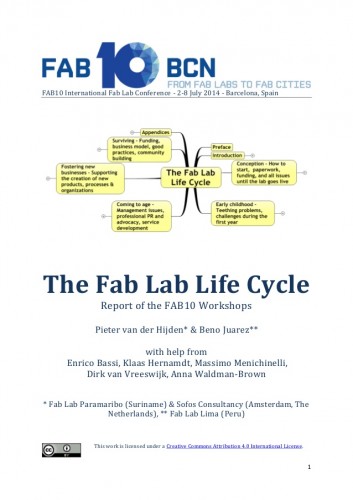