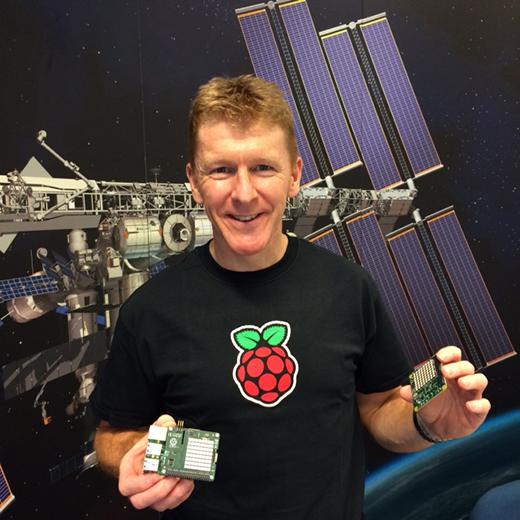 ESA Astronaut Tim Peake will embark on his six-month mission, Principia. He’ll be conducting scientific experiments and engaging with young people in educational outreach activities. As part of this, he’s taking up two Raspberry Pi computers in purpose-built flight cases, each with camera modules and sensor boards attached. These will be running Python programs written by the Astro Pi competition winners.

The Raspberry Pis must be mounted using a Bogen arm on the space station, like the ones used to dock crew laptops. They also must be certified as completely safe for the Soyuz rocket, which will take it to the ISS, and then for continued use in space. The Raspberry Pi team has been working closely with the ESA and the UK Space Agency to get the flight safety certificate. 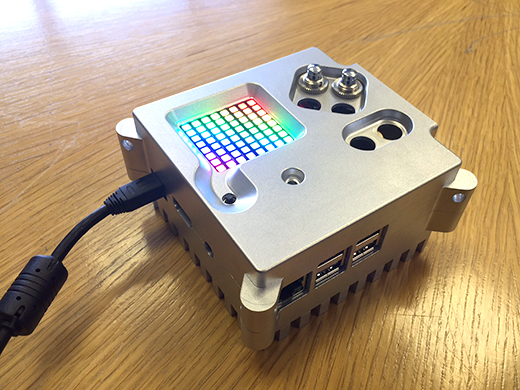 The flight cases will each contain a Raspberry Pi, a Sense HAT, a real-time clock, and a camera module. The Sense HAT is an add-on board for the Pi created especially for the Astro Pi mission by the Foundation’s engineering team. It packs an 8×8 full-color LED display; a mini joystick; a set of sensors for temperature, humidity, and pressure; an accelerometer; a gyroscope; and a magnetometer.

The Sense HAT is now available to buy, and it’s bound to be used in a number of amazing projects and experiments here on Earth.You can buy from the Raspberry Pi Swag Store in the UK, from Adafruit in the US, or from any other Pi accessory retailer around the world.