Raspberry Pi Power-over-Ethernet HAT board for $20 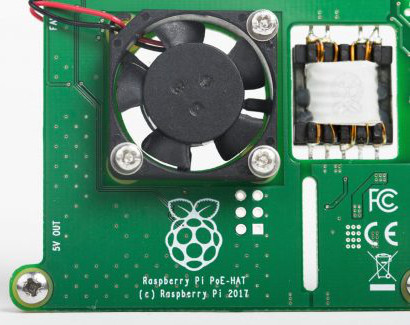 The $20, 802.3af-compliant Raspberry Pi PoE HAT allows delivery of up to 15W over the Raspberry Pi 3 B+’s USB-based GbE port without reducing the port’s up to 300Mbps bandwidth.

Power over Ethernet is a widely adopted standard that places power on the Ethernet cable along with the data. It has no effect on the data, so you won’t lose bandwidth by using PoE. There are various standards of PoE; this HAT uses the most common standard 802.3af, which allows delivery of up to 15W. This means that the HAT is capable of providing all the power needed for running your Raspberry Pi. You will need power sourcing equipment to power your Pi. This is either provided by your network switch or with power injectors on an Ethernet cable.

The Raspberry Pi PoE HAT features a fully isolated switched-mode power supply with 37-57V DC, Class 2 input and 5V/2.5A DC output. The HAT connects to both the 40-pin header and a new PoE-specific 4-pin header introduced with the B+ located near the USB ports. To enable PoE, you need power sourcing equipment, which is either provided by your network switch or with power injectors on an Ethernet cable.

The PoE HAT ships with a 25 x 25mm brushless fan for cooling the Broadcom SoC. It is connected via I2C and controlled with an Atmel MCU chip. This setup turns on the fan automatically when the SBC hits a certain temperature threshold, a trick that requires the latest sudo rpi-update firmware.

Further information can be found on the official blog announcement. 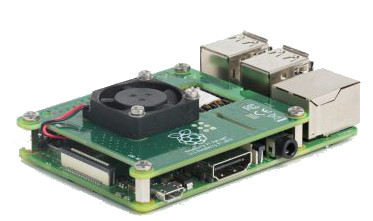