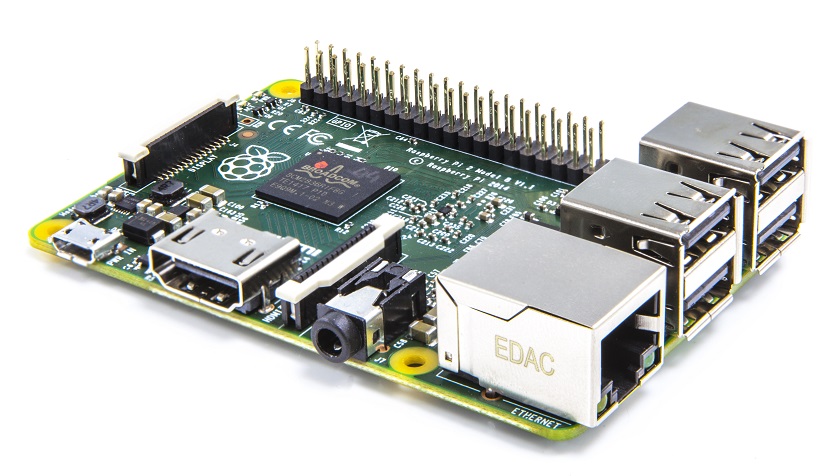 Since the Raspberry Pi came on the scene in 2012, the success didn’t take long to arrive.
By March 2017, they had sold 12.5 million units, making it the third best-selling “general purpose computer”. But in July 2017, sales reached nearly 15 million!

“The popularity of the Raspberry Pi also has spawned competition, and there are all kinds of other small, low-cost, Linux-powered Raspberry Pi-like computers for sale—many of which even go so far as to add “Pi” to their names. These computers aren’t just clones, however. Although some share a similar form factor to the Raspberry Pi, and many also copy the GPIO pinouts, in many cases, these other computers offer features unavailable in a traditional Raspberry Pi. Some boards offer SATA, Wi-Fi or Gigabit networking; others offer USB3, and still others offer higher-performance CPUs or more RAM.”

So let’s take a look at some alternatives:

– Banana Pi: it’s the perfect choice if you need a board with a similar form factor, CPU and RAM specs, and a similar price to a Raspberry Pi but need faster I/O. The Raspberry Pi product line is used for a lot of home server projects, but it limits you to 10/100 networking and a USB2 port for additional storage. In fact the Banana Pi offers both a Gigabit network port and SATA port.

– Orange Pi Zero: it’s a Raspberry Pi Zero W competitor, and it includes a Wi-Fi card like the more expensive Raspberry Pi Zero W, and it runs between $6 and $9, depending on whether you opt for 256MB of RAM or 512MB of RAM. There is also a $9 “NAS” expansion board for it that mounts to its 13-pin header and provides extra USB2 ports, a SATA and mSATA port, along with an IR and audio and video ports, which makes it about as capable as a more expensive Banana Pi board.

– Odroid XU4: the Odroid product line is a good one to consider if you want a low-power home server but need more resources than a traditional Raspberry Pi can offer and are willing to spend a little bit extra for the privilege. The Odroid XU4, with its more powerful CPU and extra RAM, is a good all-around server for the home. The USB3 port means you have a lot of storage options should you need them.

– Espressobin: it costs a bit more than a Raspberry Pi 3, it includes a 64-bit dual-core ARM Cortex A53 at 1.2GHz, 1–2Gb of RAM (depending on the configuration), three Gigabit network ports with a built-in switch, a SATA port, a USB3 port, a mini-PCIe port, plus a number of other options, including two sets of GPIO headers and a nice built-in serial console running on the micro-USB port. This board was designed by Marvell with chips that actually can use all of the bandwidth that the board touts.