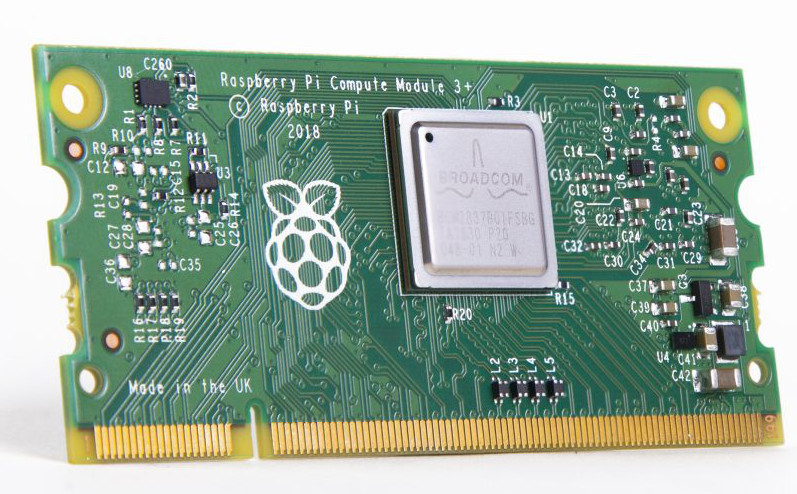 Built for industrial and enterprise clients who want to use the Pi platform with their own custom boards, the CM3+ is the size and shape of a DDR2 SODIMM module and pops directly into an industry-standard SODIMM slot too.

The Raspberry Pi CM3+ features the same BCM2837B0 processor as the latest-generation Raspberry Pi 3B+. Compared to last gen’s compute module, It’s a slight upgrade over the BCM2837. However, the BCM2837B0 in the CM3+ will only run at 1.2 GHz (an identical speed to the CM3), as opposed to the 1.4 GHz found in its more mainstream sibling, the 3B+.

The other major improvement, which is enabled by an improved PCB thermal design and the new BCM2837B0 SoC, is a wider operating range of -20 to 70°.

Like its predecessors, the CM3+ is the same size as a DDR2 small outline dual in-line memory module, and is a flat board, as it lacks the bulky USB and HDMI connectors found on the traditional Pi boards.
All of these interfaces are still available on the CM3+, but like earlier CM boards, the CM3+ plugs into a user-created carrier board, via a standard 200-pin DDR2 SODIMM connector, and it is up to the user which ports they chose to expose. 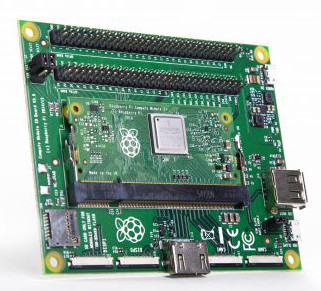