Don't miss
Home   >   Products   >   Raspberry Pi Compute Module: bring the taste of a raspberry to your own PCB

Raspberry Pi Compute Module: bring the taste of a raspberry to your own PCB

The Raspberry Pi Compute Module is in fact an entire Raspberry Pi, literally imploded to assume another form: we have a CPU and a series of slots on an integrated circuit, with a SODIMM connector similar to that used by the RAM on your desktop PC. Clearly, you can’t plug it in your motherboard, because the pins assignments are not compatible, so don’t even try! 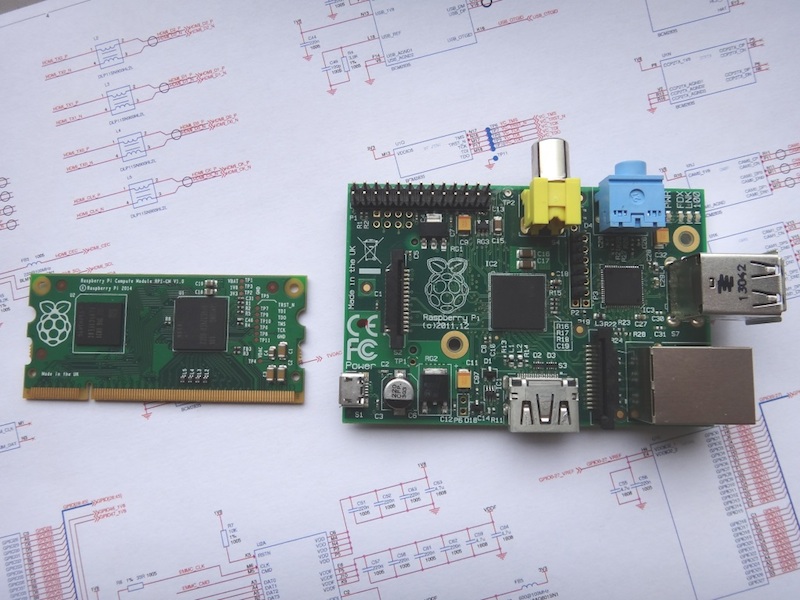 Everything of a Raspberry is shrunk down to fit this new need: however someone could want to try this new solution, without being able to design a PCB. For this purpose, the Raspberry Pi Foundation has put out an amazing accessory to accomplish a task that requires a working machine and all of its features. While the Raspberry Pi Compute Module is an excellent starting point to project a good PCB that integrates with it very well, we can try to combine a Compute Module with a Compute Module IO Board, a pre-built main circuit conceived precisely for this reason.

Directly from the original announcement:

It provides the necessary power to the module, and gives you the ability to program the module’s Flash memory, access the processor interfaces in a slightly more friendly fashion (pin headers and flexi connectors, much like the Pi) and provides the necessary HDMI and USB connectors so that you have an entire system that can boot Raspbian (or the OS of your choice). This board provides both a starting template for those who want to design with the Compute Module, and a quick way to start experimenting with the hardware and building and testing a system before going to the expense of fabricating a custom board.

Regarding the whole structure, surely having a Raspberry available in such an integrated way enables us to much more projects, because there are a very significant number of users out there who are embedding the Raspberry Pi into systems and commercial products – and allowing people to work with this technology in a more flexible form factor is a great thing. The cost of all of this (Compute Module and IO Board all together) will be a bit superior than the traditional Raspberry; obviously, for a special kind of project this hardware will be definitely better. Looking to the chipset of the Compute Module, we have the same features of a traditional Raspberry Pi: a BCM2835 CPU, 512 MB of RAM, and 4 GB of internal storage in an eMMC Flash device. 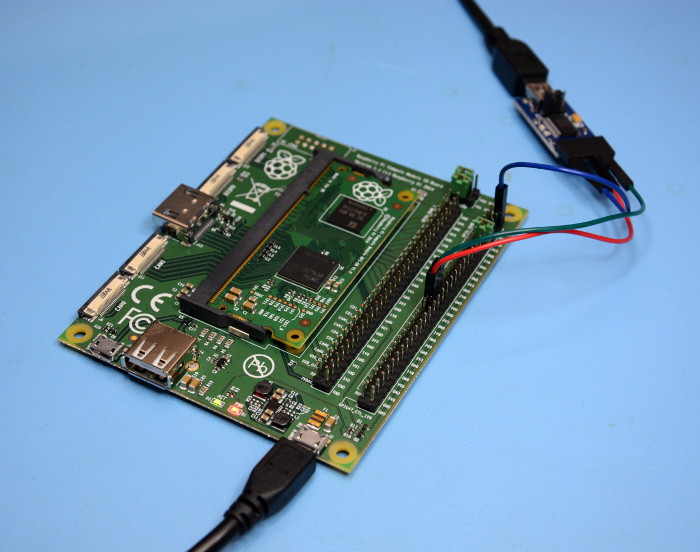 Losing the possibility to have an HDMI port (available on the IO Board, clearly) and all of this stuff, we gain the chance to have more flexibility: on a BCM2835 SoC we have indeed many more GPIOs and interfaces compared to the “old” Raspberry Pi, so an embedded project should be very nice to accomplish with a toolkit of this kind.