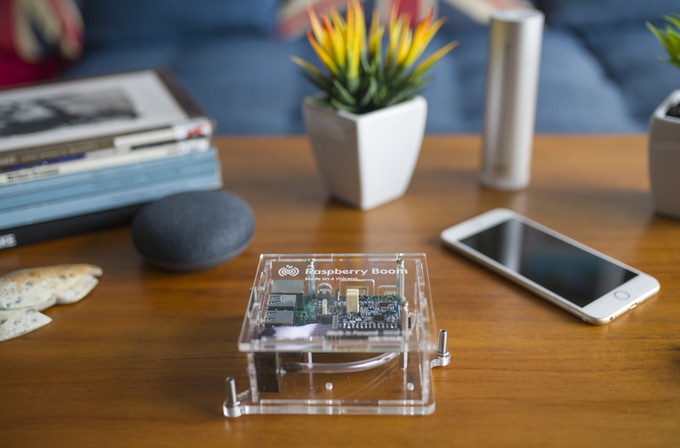 Thanks to a differential pressure transducer sensor, this low-frequency atmospheric home monitor device enables detection of sound in the 0.05 Hz to 20 Hz range, which is inaudible to the human ear.
The Raspberry Boom’s onboard timer can help match detected sound to known events. The device can stream in real-time to the web and an Android-based mobile app.

You can also be connected with any Raspberry Boom user in the OSOP’s networked community to analyze infrasound signals from any other user in real time.

There are no open source hardware claims, but you can download STL/DXF files from diy.raspberryshake.org and build your own enclosure.

At Raspberry Boom’s Kickstarter page you can find different packages for purchase, starting from $179 for the Boom HAT board which works with any sized Raspberry Pi as well as the Raspberry Pi Zero WH.