Google wants to open up smartphone innovation by creating an ecosystem anyone can contribute to. Mobile is the largest technology platform in history, but to get in, you either need the resources and experience of an Apple or a Samsung, or you need to be convincing enough to get Apple or Samsung to bet on your technology. “What currently happens in the market is, you get great products that are all set for you, like, ‘Oh, that’s what you want, right?’” says Blaise Bertrand, ATAP’s master of creative.

The Ara Developer Edition shipping later this year is a 5.3-inch, fairly high-end smartphone. You’ll be able to take it out of the box, turn it on, and use it like a normal Android phone. A big, thick Android phone with a bunch of weird exposed ports, but normal nonetheless.

Google designed a universal frame that is the basic building block of any module. Then, they designed a specific interface named UniPro, open source, capable of bidirectional 11.9Gbps and consuming less than 1/3 if compared to USB3 interface.

Which are the module the people would like to have?

Better speakers, flashlights, panic buttons, fitness trackers, projectors, app-shortcut buttons, kickstands, a million other things. Some are incredibly high-tech—pro-level cameras clearly fascinate the Ara team, and they all get excited at the idea of replacing my hideous tape recorder with a microphone module—but some aren’t. Bertrand shows me a small compact case for storing makeup, and a small hollow pillbox. They’re also building “style” modules, which don’t do anything except look nice. Apparently, when given the opportunity to make anything that plugs into their phone, people come up with some pretty useless ideas. 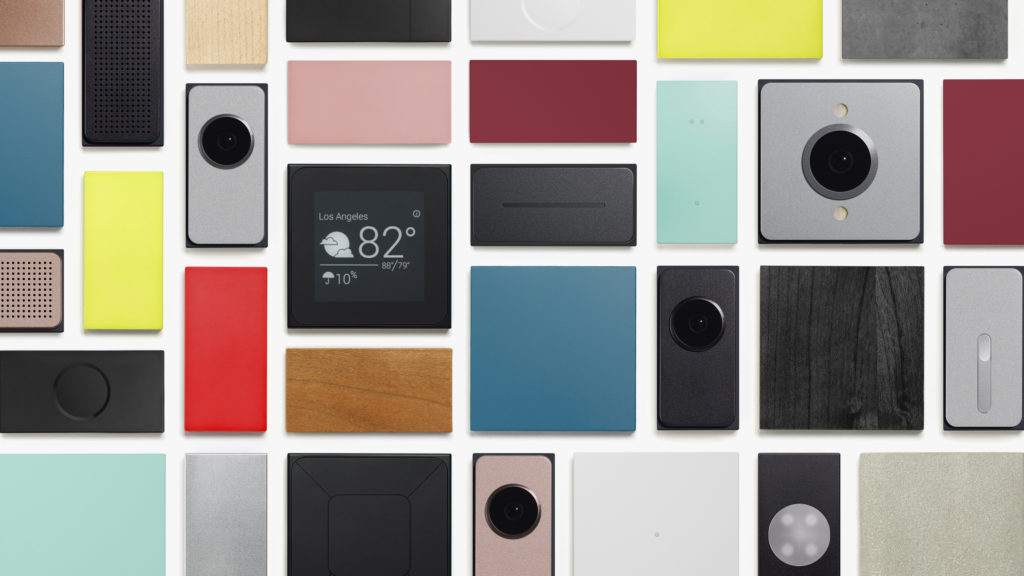