Printtable: the large-format 3D printer made from two IKEA tables, yours for under $395 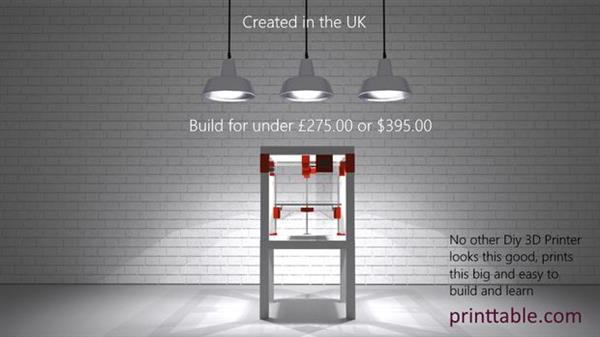 A 3D printer made out of a table? While we’ve never seen much additive manufacturing potential in our furniture, nor eaten dinner off an Ultimaker 2, Wayne Mason-Drust’s unusual hack turns a symbol of 21st century chic into a machine of 21st century capabilities, making it a project well worth trying…knock on wood. Parts for the stylish DIY machine can be bought for less than $395, and the entire building process has been reduced to 25 simple steps. 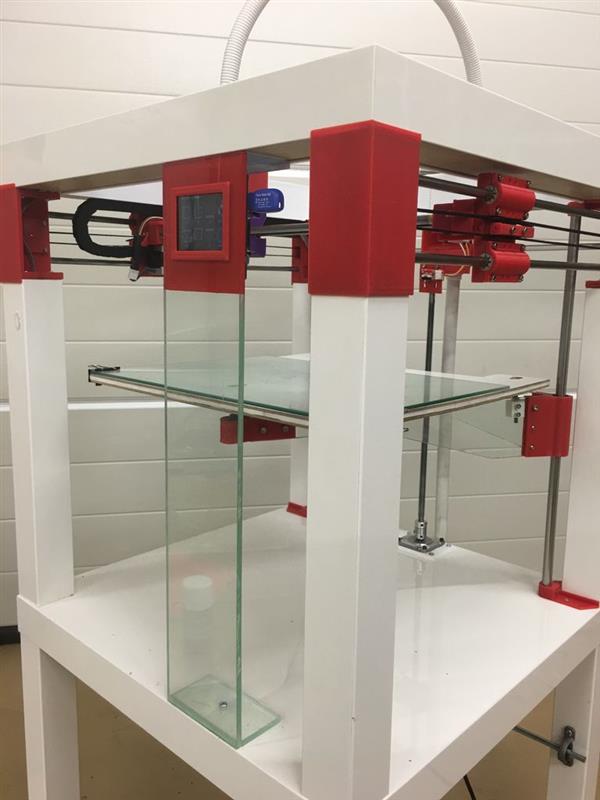 The end product of Mason-Drust’s unusual idea is Printtable, a fully functional 3D printer built out of two IKEA Lack tables, an MKS TFT 28 touchscreen, a handful of stepper motors, several 3D printed parts, and various other components. Inspired by the RepRap Prusa i3 kit, Mason-Drust wanted to create an open-source 3D printer that could be built, repaired, and modified by amateur makers, but he also wanted to create something stylish and professional-looking—attributes less commonly attributed to RepRap machines.

“The most difficult part of the development of the Printtable was keeping the printer aesthetically pleasing, keeping it as clean and simple looking as possible whilst using a wide variety of different materials and ensuring they complimented each over despite their differences,” Mason-Drust told 3Ders.

The Instructables page for the Printtable project, created following a positive response from the 3D printing community, contains a complete list of parts required for the custom 3D printer. According to Mason-Drust, these can be sourced for less than $395 or £275. The designer has also uploaded the STL files for the 10x 3D printable parts of the machine. Although the project is time-consuming and relatively challenging, Mason-Drust has uploaded video demonstrations for each stage of the process, helping to make the Printtable experience accessible to all.