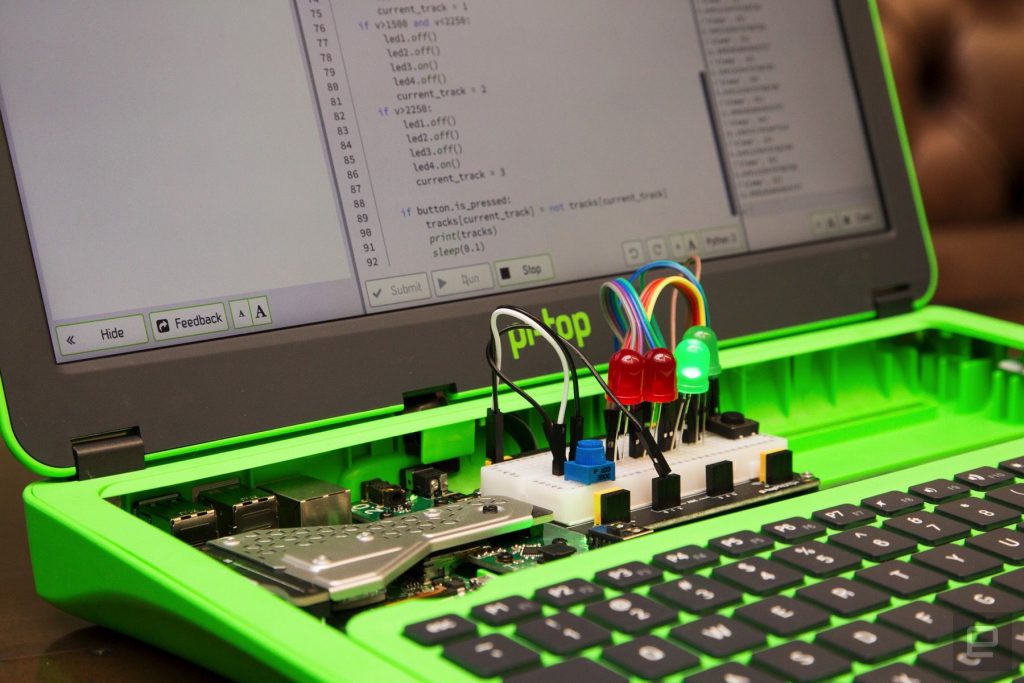 U.K. based startup pi-top has a new learn-to-code-and-tinker machine. It’s another modular Raspberry Pi-powered laptop but this time they’ve reduced the number of steps needed to put it together, as well as adding a slider keyboard design so the Qwerty panel can be pulled out to provide access to a rail for mounting and tinkering with electronics.

Pi-Top has experimented with this concept before. In December 2014, the company raised $193,000 on Indiegogo for its first do-it-yourself laptop. It was a functional, but unattractive machine with a cramped keyboard and small, right-aligned trackpad.

The laptop itself has a 14 inch 1080p LCD color display; comes with an 8GB SD card for storage (and built-in cloud management for additional storage and remote access to data); and battery life that’s slated as good for 8 hours+ use. Around the back, you’ll find one ethernet and three USB 2.0 ports, a regular 3.5mm audio jack and a place for power.
Slide the keyboard down and you’ll gain access to the tray. This is where the Raspberry Pi sits, alongside a custom cooling system that Pi-Top claims will improve your productivity. If a Raspberry Pi runs too hot, it will start closing applications automatically. The Pi-Top’s extra cooling should, therefore, stop this from happening, allowing you to multitask with fewer restrictions and sudden app closures.

As well as tinkerable electronics, the team develops their own OS (called Pi-TopOS Polaris), running on the Raspberry Pi engine powering the hardware, as well as learn to code software and STEM-focused games. It runs some basic software including Google Chromium, LibraOffice and Minecraft Pi Edition. So while it can’t compare to a Windows machine, it’s possible that a child or student could use it as their first laptop.

The new Pi-Top costs $320, or $285 without a Raspberry Pi. That’s expensive for an arguably underpowered laptop. In exchange, of course, you’re getting a device that’s easily customisable. 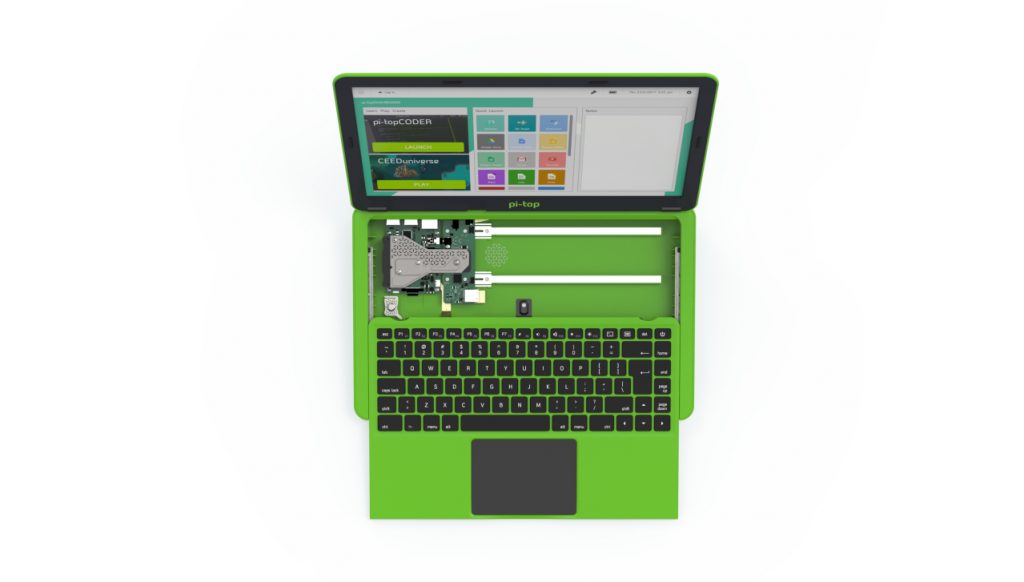