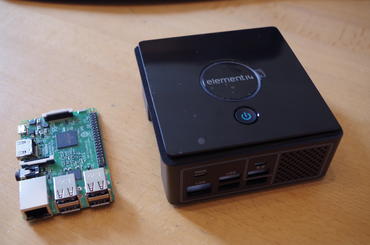 The Pi Desktop Kit is not only a nice case, it also includes an add-on board which contains a power on/off button, a Real Time Clock with battery backup, and an mSATA socket so that you can add an SSD (Solid State Disk) if you want.
There is also a software download available from the element 14 Pi Desktop page which adds the necessary functionality to the Raspbian operating system to make the On/Off switch, RTC and SSD work.

All you need to make a functional desktop system, in addition to the Pi Desktop kit, is listed below:

If you use a Raspberry Pi 3 Model B for this assembly, you can then get a network connection on the built-in WiFi adapter, and you can connect a Bluetooth keyboard and mouse on the built-in Bluetooth adapter. That means the only external connections you need to the Pi Desktop are the HDMI display cable and the power supply. That makes it a very neat little package on your desk.

If you use a Raspberry Pi 2 Model B for this assembly, you will at least have to add a USB dongle (or two) for the keyboard and mouse, and either a USB WiFi dongle or a wired network cable.

The top of the Pi Desktop enclosure has a blue LED ring which gives some information about the state of the system:

If you want to use a Raspberry Pi as an everyday desktop computer, this kit in association with a Pi 3 Model B could be probably the perfect choice. Click here for further information. 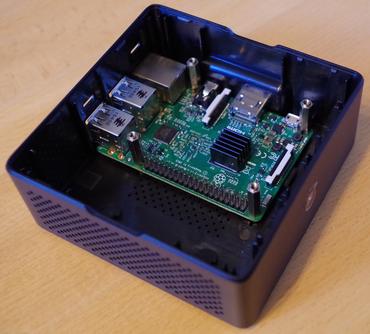