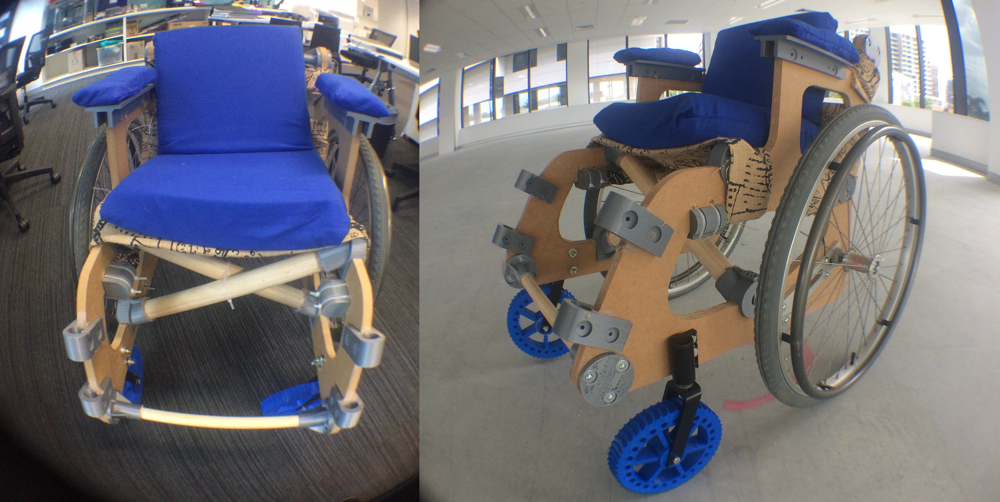 One of the noblest uses of knowledge and especially the open source one is the willingness to apply it for a distributed social benefit, like in this case:

Most able-bodied people don’t really understand exactly how expensive it is to be disabled in a world built for people who are not. I have heard several people, after reading an article about e-NABLE, comment about how shocked that they are at the cost of traditional prostheses. I would imagine that the same sticker shock would apply to those who have never had to purchase a wheelchair. On the low end, wheelchairs still cost several hundred dollars, but they can reach costs up into the thousands. And electric powered chairs are even more expensive, with prices often doubling the cost of their manual counterparts. That is hard for most people to afford in a developed country like the United States, but would be nearly impossible for a poor person in developing countries.

It was the image of poor people in these developing countries being reduced to being pulled around on carts that inspired architect Hugo Riveros to design a low-cost, easy-to-assemble wheelchair that he calls HU-GO. Because of its size, something like an e-NABLE hand can be mostly 3D printed, but an assistive device like a wheelchair is far too large and complicated to print entirely

You can download all of the files over on Thingiverse, and Riveros has included detailed assembly instructions, including step by step photographs. If you want to help Riveros continue to develop the HU-GO he has set up a PayPal account to accept donations