Don't miss
Home   >   Interviews   >   MatterMachine is the Third Industrial Revolution, customized for you

MatterMachine is the Third Industrial Revolution, customized for you 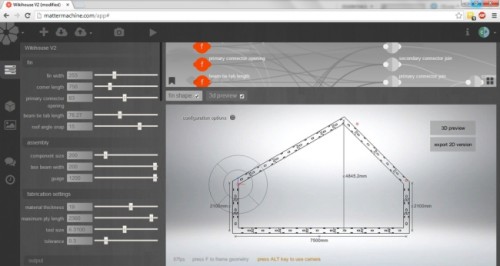 Tom Kluyskens, founder of MatterMachine, is a civil electromechanical engineer that can’t be better described than by his linkedin bio. According to it, Tom “enjoyed a frivolous yet forming 10 year career in digital visual effects for high grossing movies”, later leaving the industry “on a high note, nominated for the highest award in my line of work.”

But “The past years have marked a return to sanity, without losing my playful approach to engineering” and now Tom turns his attention to “the way *physical* consumer goods are made and sold”.

Tom wants to “(re-)democratising the modes of production in a post-digital world […] generating transparency around the manufacturing process. “

Mattermachine, is an exciing software solution that holds great promises to enable smoother, more creative and exceptionally entertaining co-creation features on a produced website or interface. Looks like the perfect shelf for the era of the web. We have been able to interview Tom and he gave us some interesting insights in what’s the future of products, in what someone calls mass market customization. It’s not surprising that much of this experimentation is coming from the field of open design.

[Simone Cicero] Tom, can you tell us a bit more of the story behind mattermachine?

[Tom Kluyskens] So yeah, I founded MatterMachine a few years back because I noticed physical products started showing the properties of the digital assets I was working with in the film industry (think: Gollum, spaceships, robots!): more and more complex, crazy shapes, flexible, customisable.   Lowering cost of CNC machines and 3D printers was also a factor, as is started a democratised making movement.  But software tools were lacking, especially cloud-based ones.

I started talking to people about that, and pretty soon we had our first customer:  a surfboard maker wanted to create a modular factory for fully custom boards, with a web front-end.  It was a perfect fit, and it allowed us to build MatterMachine on the back of that project. We’re still working with these guys today.

I had little experience with web development, so top of my hiring list was a seasoned web developer with 3D experience.  Ross Kettle came on as a co-founder a year later.  He’s a WebGL and Unity3D expert, an interaction designer and a web developer extraordinaire.

Today the team is 5 people and growing.  We are still technically early stage, and have grown organically over the past 3 years.   But we now have a base in The Valley and investment is imminent. 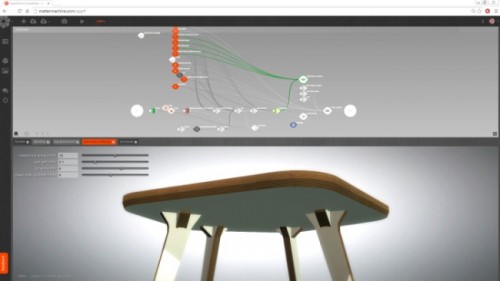 [SC] What is exactly mattermachine?

[TK] MatterMachine is an engine for creation, presentation and manufacturing of ‘Live Product Models’ and a web platform to host them.

An example of a Live Product Model is a surf board, of which the shape and graphics can be deeply customised before it is made.  Or a hand prosthetic, that can be tailored to a specific person’s handicap, before it is 3D printed.

A different way to see MatterMachine is that it is a language that we use to describe the products of the Third Industrial Revolution.  That revolution is web-powered, and its products are at the very least digitally inspired, and will ultimately be fully web-enabled (Internet of Things).

[SC] How complex is it to enable mattermachine functionalities on a digital design?

It’s an approach that builds the shape relying much more on design intent, logic, and presentation.  It requires a bit more abstract thinking than using straight CAD modeling tools, but the result is an incredibly powerful CAD model that can be modified according to meaningful rules and parameters, and shown to non-technical users in a web context.

Differently said: customisable designs add an extra dimension to the design process; when building a MatterMachine model, one needs to think about the implications of variability in the design, and the way to present that variability to the consumer, on top of the aesthetic, functional, economic, sustainability etc. aspects of the design. 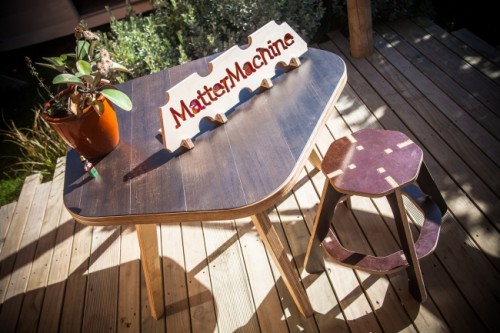 [SC] Is it important to have a product that is designed with parametricity in mind or it can be made parametric later? In general, what are the requirements for the original design?

[TK] We facilitate adding deep customisability and presentation aspects to the design process.  Less so to an existing CAD model.  The designer really needs to think about these aspects from the get-go.

Though form factors (at this stage) might be more difficult to achieve, or different, many will experience it as enabling their ideas that they could not implemented using traditional CAD packages.

[SC] As you guys created this product I guess you are big fans of the phenomenon that sees users increasingly involved in creating their own products: a trend increasingly called mass-market customization. I’m really curious to know more of your point of your on this, on the trend itself and on the perspectives: why do you think is important?

We’ve been making physical things using computers for a while, but it’s the more recent advent of the web that has galvanised and democratised digital manufacturing.   After steam and electricity, this third industrial revolution is web-powered.

As consumers, we are expecting the objects around us to be as tailored, compelling and efficient as our interactions with the digital world. We’ve had our digital orgasm, and we’re now re-evaluating physical reality, seen through our digital looking glasses.  We live in a post-digital world.

The web has made these expectations widespread, and has instigated a personal manufacturing movement.  What was considered serious engineering practice, or reserved to big established brands, is now exploding into the popular culture.  The tools for funding, designing, making and selling are being democratised.  And they’re doing to manufacturing what the blog did to the news media establishment.  This time however, the effects cross over from bits to atoms, and that means the stakes are exponentially higher.

The languages we use to describe physical products and their manufacturing processes, are ancient and arcane – not adapted at all to the new realities of the web, to its infrastructure, and to the expectations of its technical and non-technical users.

There is no modern language for addressing the increasing need for flexibility and customisability of physical products.  Architecture BIM is an example of a nice try, but it’s a patch on previous generation software, and essentially broken.  Existing languages that describe Digital Product Models (DPM), have their roots in the pre-web era, and ‘cloudification’ of such CAD software is awkward at best. None properly address the new realities around a product’s creation process, and lifecycle in a web context. 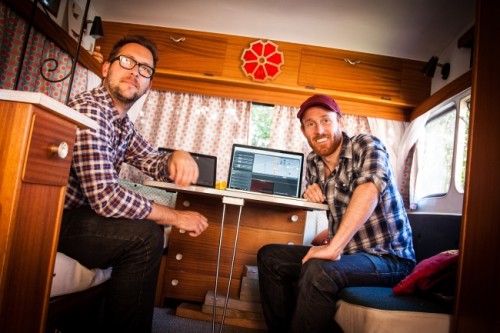 [SC] What kind of products do you think may enjoy the more from the parametric design features that mattermachine enables? What markets and fields can be impacted the most?

Lately, we’ve been having a closer look at AEC (architecture, engineering, construction).  Construction in particular is – for some reason – stuck in the middle ages.  They would in theory benefit the most from MatterMachine as a way for engineers to specify aspects of buildings.  But we’re still figuring out the politics and regulatory aspects of that space, which might be the reason why the situation of that industry is so backwards.

[SC] Is mattermachine already designed and ready to interact with dynamic supply chains and production? How?

[TK] As far as production: yes, to some degree.  We deliver bills of materials, machinable CAD files, resource flow management, and other data right of the engine.

We’re not really interacting with 3rd party supply chain solutions at the moment, if that’s what you mean.  But the engine is incredibly modular, so there is nothing stopping us (or others) to build interaction modules, or even native functionality.

[SC] Big brands? Are they becoming interested to the topic? Did you ever get interest from such players? (for example in furniture)

[TK] Sure, big brands are playing with mass customisation, on the fringes.  Which is good validation.  NikeID being the best known example.  But it remains to be seen if those behemoths can really get their heads and factories around such a model.  IKEA for example designs to optimise its factory capacity, not the other way around.

I think there is a tremendously exciting disruption space for newcomers, and we’d rather provide an engine and platform for them.

We’ve mainly been approached by big software vendors at the moment.  But it’s too early to sell out.

[SC] What are the next steps in mattermachine roadmap?

○        Build a basic v2 of our engine, including a migration from Unity3D to WebGL.

○        Integrate our engine into a selection of verticals.