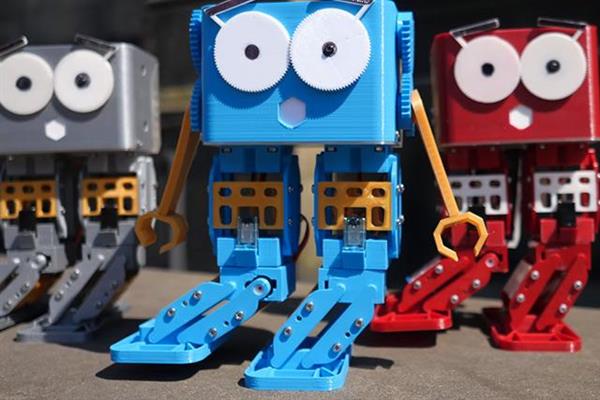 Marty the Robot is a being promoted through a new indiegogo campaign that’s hoping to introduce robotics to younger generations.

What is exactly “Marty”?

he is an open-source, fully programmable, WiFI ready and 3D printable robot designed to be incredibly customizable, cute and affordable, going for £85 ($120) on the campaign page. He is the brainchild of University of Edinburgh robotics PhD student Alexander Enoch, who realized that his nieces and nephews had very limited choices in robotics beyond the gimmicks on the market today.

So what makes Marty different from what’s out there today? To start, his easily-programmable Arduino powered brain and easy-to-assemble (no soldering involved) core means just about any curious individual should have a relatively straightforward learning curve to get started. The programming for example (not usually something pegged as being easy by most) can be done with click-and-drag Scratch visual programming as well as more involved Python and C++ coding options.

Beyond that, an accelerometer to measure tilt and acceleration, a noise making beeper, an ARM Cortex M4 micro-controller and servos will be responsible for bringing Marty to life. Also, the design is tried, tested and true as the team behind Marty spent hundreds of hours testing his durability through a number of educational demonstration sessions around the UK in the last year.  From these, they concluded that the metal gears, servos and 36 plastic parts are sturdy enough to be handled by kids.