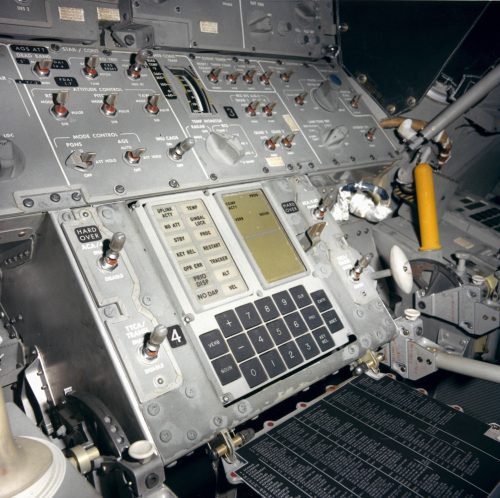 Brand new to the 6th edition of Maker Faire Rome is the area dedicated to Space. It is realized by MFR in collaboration with the Italian section of the British Interplanetary Society, and the School of Aerospace Engineering of Rome Sapienza University. Among the highlights of this area will be: the legendary Apollo Guidance Computer, one of the greatest innovations of the Apollo program which 50th Anniversary will be celebrated; the 1:10 scale Saturn V rocket; a San Marco satellite with a stage of the Scout rocket that launched it. Other original historical artefacts will be on display and spaceflight simulators will be available for the public to interact with.

The MAKER FOR SPACE AREA of MFR-2018 will provide a unique view and understanding of the practical aspects behind space engineering and will also discuss it in practical terms by getting to know the protagonists of yesterday and discovering the inventors of today.

Special Maker Faire Rome 2108 guest Don Eyles, MIT programmer and engineer, crafted software as a real Maker for all Apollo lunar landing missions working on the just invented Apollo Guidance Computer, will explain among other things the intricacies of controlling vehicles using software. Another special guest, David Baker, PhD and engineer, editor of SpaceFlight magazine, as a space technology historian will talk about the ingenuity required every spacecraft and in particular the solutions that were the key to reaching the Moon when the required technologies had to be invented yet. 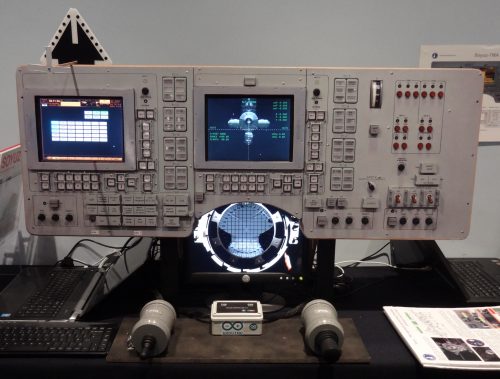 The inventiveness and ingenuity of the first Italian Makers for Space will be revealed thanks to San Marco Project hardware on display, to explain, not only the technology, but also the art behind the uninterrupted success of Italian artificial satellites, created by the team of engineers and technicians put together by Luigi Broglio at the same time as the race for the Moon. Many of the innovative solutions invented at the time in true Makers’ spirit still stand the proof of time.

Maker Faire Rome 2018 will introduce the world of the Makers for Space as that of an eclectic group of people that since the very beginning of the space age had to invent, innovate, engineer new solutions for new problems. Many great protagonists of early astronautics were Makers: from Hermann Oberth, to Wernher Von Braun, to Robert Goddard, and then their Russians counterparts, not forgetting the early Italian experimenters like Fenoglio, Gussalli, Cicogna, and others. Their legacy will be presented in the exhibition which is part of the Makers for Space area while today’s Makers, the modern crafters of space inventions, will be gathered in stands around it. 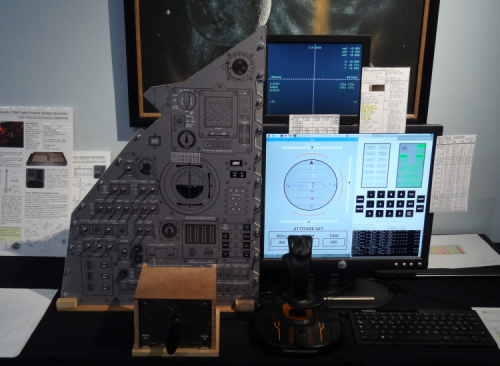 The Makers for Space exhibition will celebrate two great triumphs in space technology history: the Apollo Program and the San Marco Project.

One section of the exhibition area will be devoted to the Apollo Program 50th Anniversary: the very first crewed flight happened in October 1968, with the program culminating in July 1969 with the first human landing on the Moon. The core of the section will celebrate the Apollo Guidance Computer, one of the most important computers in history, and one of the most successful achievements of the entire Moon program. The first fully-functional replica of the computer will be unveiled during the event and special guest Don Eyles, MIT retired engineer, programmer of the Lunar Module landing algorithms, will be available, both as a keynote speaker at the opening conference and also to interact with the public throughout the event. Additional artefacts from the Apollo program, will complement the exhibition, as well as a 1:10 scale Saturn V rocket that will dominate the exhibit while panels with technical details will explain its complexity and the ingenuity of its builders. Special guest and space technology historian David Baker, FBIS and PhD, editor of SpaceFlight magazine, will also be part of the opening conference as well as being in the area to meet the public.

The other section of the exhibition area will be devoted to Italy’s San Marco Project, that saw this Country’s first satellites and its launch infrastructure being developed at the same time as Apollo. In this section a full San Marco satellite will be displayed, as well as the fourth stage of the Scout rocket used to deliver the vehicles in that series into orbit. The public will be free to check the details of these vehicles to understand how they were built. Artefacts from the program will be also on display to understand the workmanship and the Makers attitude that characterized the development. The series of San Marco satellites provided critical and indispensable data on the tenuous traces of atmosphere that affects low Earth-orbiting satellites. To complement this, the engineering model of the Tethered Satellite System, kindly provided by Thales Alenia Space Turin, will be displayed as an example of another unique and innovative satellite developed in Italy and flown on two Space Shuttle missions.

“There is no doubt that the aerospace sector raises emotions that transcend the simple passion for technology and engineering”, explains Fabrizio Bernardini curator of the Area and BIS Council Member. “Flying in the air and into space is not only the promise of a different point of view but also of far destinations, both physically and intellectually. In many aspects of space engineering, both in the early stage and even today, there is always a Makers aspect in finding the solution to a particular problem. The proof of concept models, the engineering breadboards, are always part of the making of a new spacecraft part or experiment. And when in space, a quick solution in Makers’ fashion is often required to unpredictable situations, consider for instance Apollo 13 rescue or some of the problems encountered today on the International Space Station.” 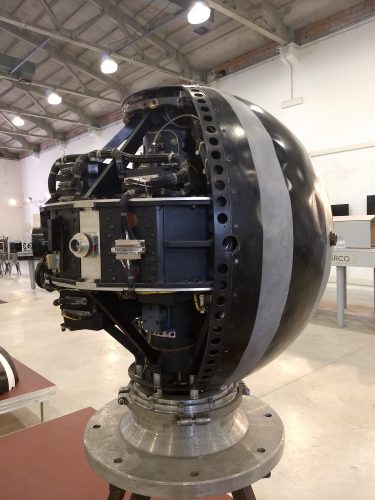 The Makers for Space exhibition area will also host the stand of the British Interplanetary Society, represented by its Italian branch BIS-Italia. Its members will be there to greet the public and particularly to guide visitors, explaining many aspects of the Apollo and San Marco programs, or also anything related to space.

As another interactive activity, the BIS will also be offering three homebuilt spaceflight simulators which will let the public try their skills at flying both Apollo spacecraft (the CSM and the LM) as well as docking a Soyuz spacecraft with a space station. These simulators are yet another Makers implementation of more complex devices used for training pilot astronauts or for engineers to test their solutions.

With the Makers for Space section, Maker Faire Rome 2018 wishes to inspire thousands of new dreamers, visionaries, engineers and researchers for space. While all sectors of human creativity offer opportunities for making, and through the making, also innovating and changing the way we live, making for space has as special significance because the objects created are bound to go very far from the typical human experience. The Makers for Space create at the frontier of mankind, often using simple solutions to complex problems: they are setting the standards for the Makers that will help humanity settle on new worlds, where a good attitude at making, creating, from local resources, and limited tools, will be an indispensable skill.