Life-changing ear prosthetics are being created with 3D technology 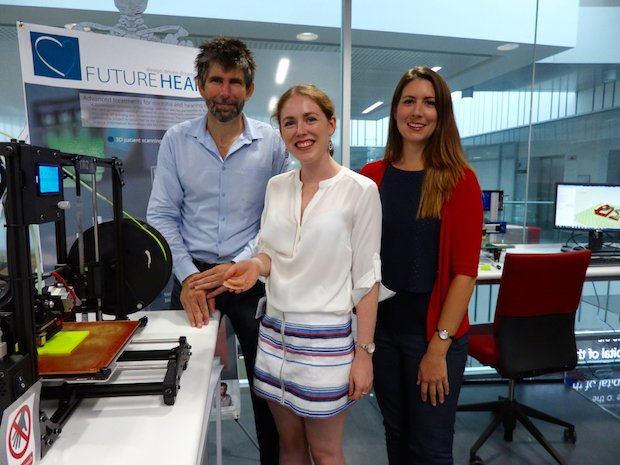 We are very happy to share projects like this, when the maker’s world meets the will to cure people, doing it low cost and open source as well.

Low-cost prosthetics for children who were born with deformed ears are being created using 3D technology in Brisbane, Australia.

The FutureHear project is spearheaded by Queensland University of Technology and Hear and Say, a leader in paediatric implantable technologies. Their aim is to gift youngsters who were born with Microtia the ability to hear.

Microtia is a condition where the outer ear, known as the pinna, is underdeveloped and affects one in 6,000 children.

LulzBot 3D printers are the technology being used in the first phase of the FutureHear project. Photogrammetry is being used to conduct a scan of the child’s ear with a smartphone, making a three-dimensional file. A reverse mould is then produced and printed, before medical-grade silicon is added to the mould making an anatomically precise ear matching the other side of the child’s head.

“3D printing allows us to make things personalised.” Mia Woodruff, an associate professor at Queensland University of Technology said. “It’s a technology that everyone’s adopting, and the (LulzBot 3D) printers are just so reliable and low-cost compared to other manufacturing techniques.”

The second phase of the project focuses on making tissue-engineered, permanently implanted ears, while the third phase will look at creating bionics with functional hearing components that are integrated into the ears.

In addition to making the moulds, LulzBot 3D printers are beginning to use NinjaFlex, a particularly strong and stretchy material, to make the internal cartilage structure for FutureHear.

The FutureHear project are currently in the midst of a crowdfunding campaign, which ends on Friday November 4th.