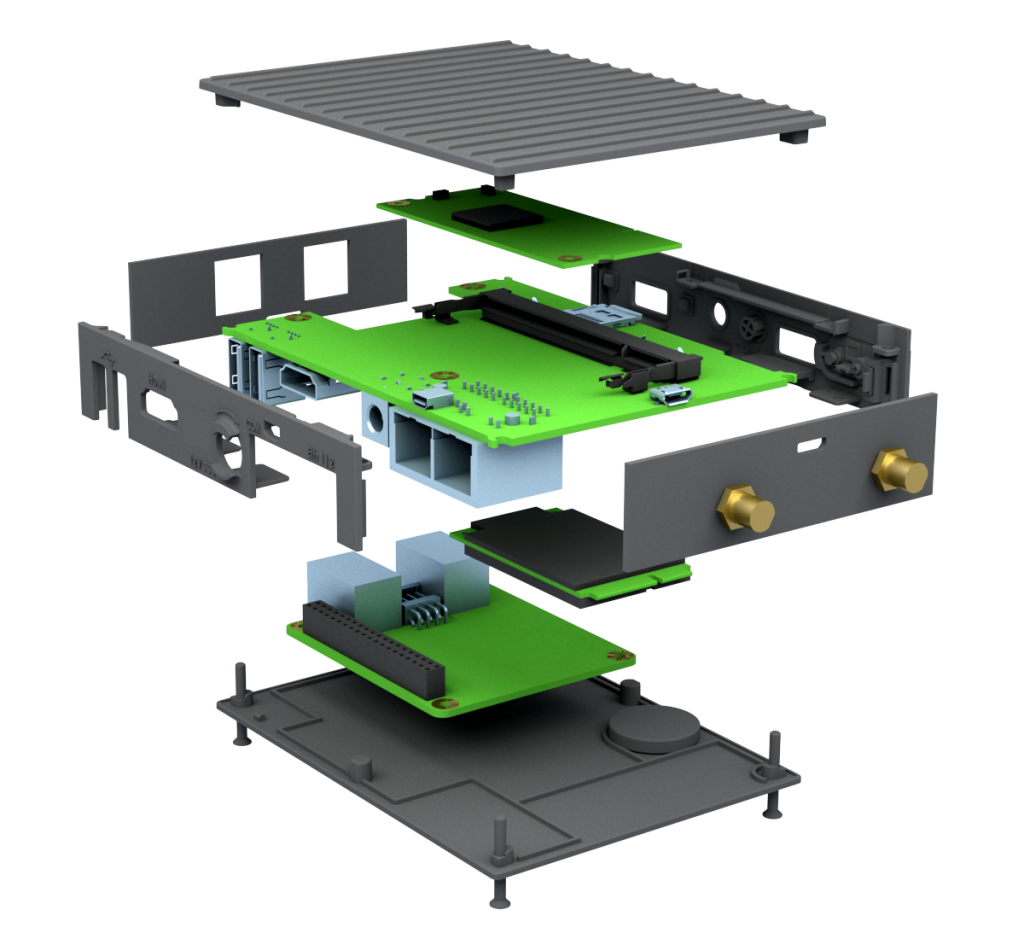 CompuLab has added another Linux-friendly member to its IOT-GATE family of ultra-compact mini-PCs: the new IOT-GATE-RPi with Raspberry Pi Compute Module 3, a COM version of the Raspberry Pi 3.

The IOT-GATE-RPi features dual 10/100 Ethernet ports, 4x USB 2.0 host ports, an audio out jack, and an HDMI 1.3 port with audio support and up to HD resolution. The system is further equipped with an ultra-mini RS232 port.
The fanless, 450-gram IOT-GATE-RPi is available in 0 to 60°C, -20 to 60°C, and -40 to 80°C temperature ranges. Its rugged metal housing is claimed to offer unspecified levels of shock, vibration, and dust resistance.

A 40-pin Raspberry Pi expansion connector that supports RPi HAT add-ons is available on the lower side of the RPi CM3 carrier board. You can populate this connector with the optional EB-RPI-FCSD HAT board that offers RS485 and CAN ports, both of which have RJ11 connectors. This HAT board would also appear to include the optional 6x 5V tolerant DIO feature, which is said to be FCSD-HAT based.

The carrier board also provides a USB-only mini-PCIe expansion connector for non-PCIe expansion options such as a WiFi/Bluetooth 4.1 (Broadcom BCM43438) module, as well as 3G and 4G/LTE radios based on Simcom SIM5360 and SIM7100 modules, respectively. A micro-SIM card slot is also available. 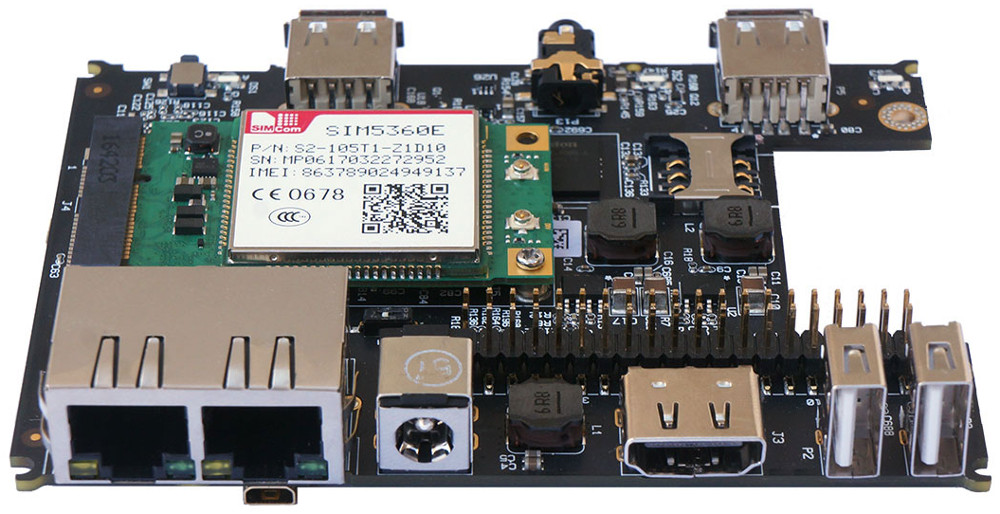