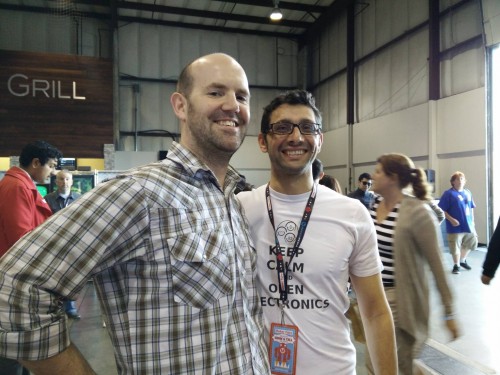 Raspberry Pi 3 was presented recently and we took the opportunity to talk to the founder of Rapsberry Pi Eben Upton of the new born.

We asked him a few questions to find out why Raspberry Pi is interesting for the public of the Makers and what he thinks of other other board in competition with his creation. 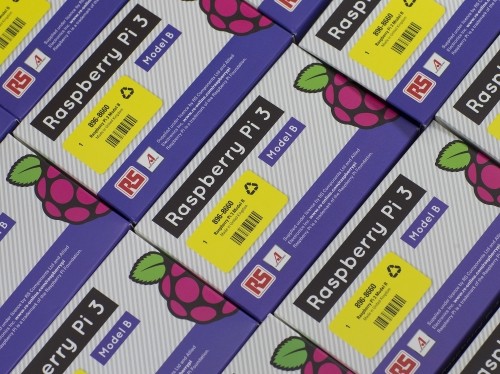 Landoni Boris: Why you chose the 64bit architecture and to add Bluetooth and wifi?

Eben Upton: We actually chose Cortex-A53 because it’s a better *32-bit* processor than Cortex-A7 (up to 50% better at equal clock speed for real-world applications). The 64-bit support is really a nice extra for us: we will consider whether to launch a 64-bit operating system in due course. Bluetooth and wireless LAN were the most frequent request from users: they are useful both for the “PC replacement use case (wireless LAN for network access, Bluetooth for peripherals) and for the embedded use case (Bluetooth for remote sensors).

Landoni Boris: This decision to integrate multiple connections will Raspberry Pi to get a space in the IOT world?

Eben Upton: I hope so. People already develop IoT applications with Raspberry Pi, and this makes it even easier.

Landoni Boris: The technology and research go forward and only one year after the launch of Raspberry pi 2 is born the new Raspberry Pi 3? You can summarize the differences?

Landoni Boris: What the expectations about this new board?

Eben Upton: I hope this is the board that finally makes Raspberry Pi a viable “PC replacement” platform.

Landoni Boris: Do you expect higher sales than Raspberry Pi 2?

Eben Upton: I hope so. We sold a little over three million Raspberry Pi units in 2015, so it would be nice to do at least 4 million in 2016. 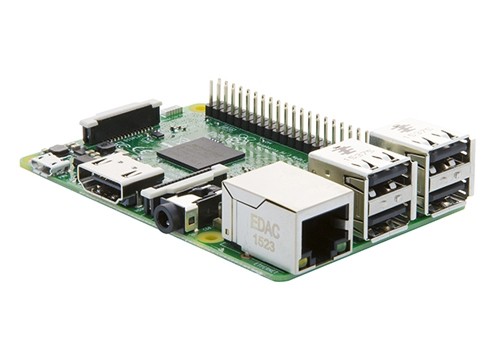 Landoni Boris: Raspberry Pi 3 will replace the “old” models? Or will complement other boards?

Eben Upton: The old boards will still be available. We think most people will move from Raspberry Pi 2 to Raspberry Pi 3, as they cost the same ($35) and Raspberry Pi 3 is better in every way. People will continue to buy Raspberry Pi 1 Model B+ ($25) and A+ ($20), because they’re cheaper and some applications do not require the additional functionality.

We talked about it in our blog:

The new board will allow more implementations?

Eben Upton: I think we’re likely to see some operating systems (e.g. RedHat Linux) which typically have a bias towards 64-bit.

Landoni Boris: Do you want to reach a different audience with these new features?

Eben Upton: It’s the same audience (hobbyists, educators and industrial). We hope that people in each of these groups will value the new features and increased performance.

Landoni Boris: The Raspberry Pi mission was to bring in schools a cheap computer. Even the Maker movement has embraced the world of education, so that more and more institutions are converting their traditional learning spaces in collaborative workshops for creativity. How do you see this opening of the school?

Eben Upton: Yes. I think there are wonderful opportunities for Maker-type creativity in schools which weren’t available when I was a child. It’s very exciting, and I’m quite envious!

Landoni Boris: You think that there is still much to do or that it has to come from others, families, FabLab etc.?

Eben Upton: We still have a lot to do, both in terms of hardware, software and educational material. That said, we couldn’t do this without the contribution of the community: there are literally thousands of people out there working with Raspberry Pi for every one of us here in the Foundation. 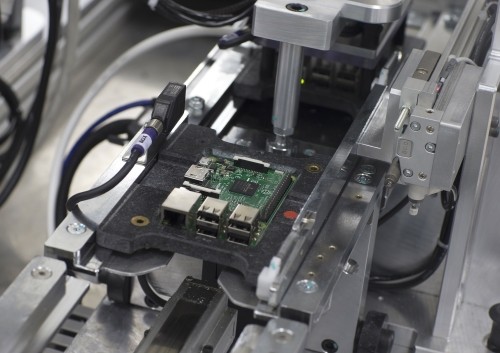 Landoni Boris: Much of the Raspberry Pi success I think is due to the makers movement that have adopted this board for their projects. How do you see this movement? Who are for you the Makers?

Eben Upton: We’re very grateful to have come along at the same time as the rise of the Maker movement, first in the US and then somewhat later in the UK and the rest of the world. We see ourselves as a supplier of basic tools to this movement, and we’ve certainly benefited from their enthusiasm.

Landoni Boris: In the United States, 40 million people consider themselves Maker. More than 28 million of them identified himself as involved in electronic hardware designs and more than 24 million are involved in software projects. How important is the Maker movement for Raspberry Pi?

Eben Upton: Absolutely vital. We’d be nothing without them.

Landoni Boris: There are many types of markers different from each other: hobbyists, mentors, entrepreneurs, inventors and innovators. To which of them it is intended the new board, or more generally the Raspberry Pi?

Eben Upton: All of those. I’m particularly excited about the entrepreneurs – people who take the Raspberry Pi and use it to start a small business.
​​

Landoni Boris: We talk about the board Zero. Why did you choose to make a board at such a low cost?

Eben Upton: Because we could :) It became clear in January last year that component costs had dropped to a point where we could do it, and we just couldn’t resist, particularly when we realized it was financially viable to give it away with our magazine.
​

Landoni Boris: It may be due to price its success or do you think there are other reasons?

Landoni Boris: The comparison with the Board C.H.I.P is inevitable and even Make Magazine has published a comparison. Is it correct to compare these boards?

Eben Upton: They’re certainly in a similar part of the market. Each has its advantages and disadvantages: it’s great to see that Raspberry Pi has catalysed the creation of other Maker-focused single-board computers.

Landoni Boris: As well as C.H.I.P other boards are often compared with Raspberry Pi. Some even try to imitate its shape: Banana Pi, Pi Orange are just a few examples. What do you think of this competition? They will affect the well-established supremacy of Raspberry Pi?

Eben Upton: Like I say, it’s great that we’ve encouraged other people into the market. Before Raspberry Pi most similar boards were in the $100 range. That said, I do find it irritating when companies use the name “blah Pi”. It’s just lazy.

​Landoni Boris: A year ago you declared that you have sold 5 million Raspberry Pi:

“We think that this means that in just under 3 years, we’ve gone from zero to being the biggest selling UK computer manufacturer ever. Yowza.”

Did you expect this success? Do you expects that the new board will take you to cover an higher public?

Eben Upton: We never expected this success: I would have been happy selling 10,000 units. I do hope that Raspberry Pi 3 will appeal to a broader audience, particularly as it is now a viable PC-replacement for many users.

Landoni Boris: What do you see in the future of Raspberry Pi?

Eben Upton: More focus on software optimization, and a greater emphasis on our charitable goals of promoting computing education to young people all over the world.

Thank you Eben for you time.