How to Become an Augmented Human 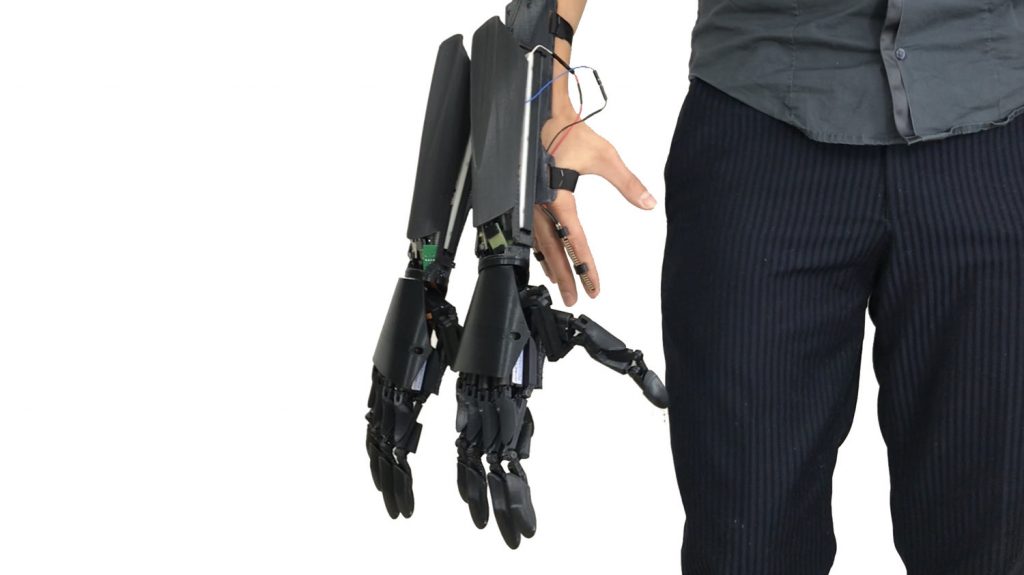 If you’ve ever dreamed of becoming a multi armed cyborg, then a new firm could have the perfect product for you.
Youbionic claims the bizarre contraption can give you ‘extraordinary abilities.’
Controlled by moving your fingers, it can open and close, and its makers say it will let you easily grip objects.

“This is the first wearable robotic devices that will evolve the human race in a something new, to turn the Native Human to Augmented Human.”

It has been created by Italian technology designer, Federico Ciccarese.

He has also build a single hand designed for amputees.
It uses electrical signals generated from the brain to move mechanical fingers, in the same way that muscles move when neurons are fire off signals.

YouBionic is 3D-printed from nylon dust, meaning designs for the device can be downloaded online and created by anyone who owns a 3D printer.
In the current designs, electrodes are attached to the muscle of the remaining part of an amputee’s arm. These can read brain signals and convert them into the movements of the plastic hand, using an Arduino microcontroller.

“When the brain sends an impulse to the muscle, the sensor reads it and translates it into a number proportional to the contraction and then sends this message to the microcontroller.”

YouBionic says its prosthetics will also be able to be made for a reasonable price, as Arduino is relatively cheap and runs on open source software. Amputees will be able to update the hardware and software of their limbs in the same way we update our smartphones.

But Mr Ciccarese said even healthy humans may be able to use a third limb, for instance when an astronaut is repairing the International Space Station…it can have many applications!