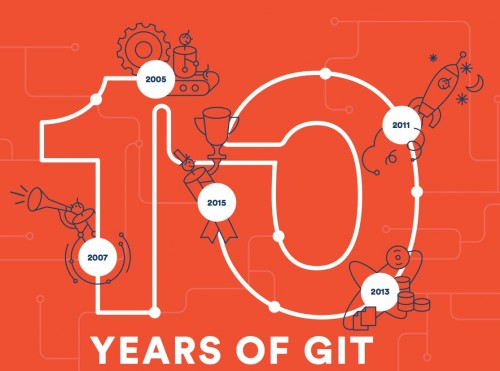 Linus Torvalds 10 years ago today released Git after it was clear BitKeeper was no longer an option for the Linux community. He assessed other existing revision control systems and decided none would do. Ultimately, he decided he would just write a new one, so he went away for a weekend and came back with another hole in one. Most people know Linus created Linux, but many don’t know he is the mastermind behind what has become the most popular revision control system in software development today. If you ask him which is his crowning achievement, he’ll say “do I have to have just one?”

Git has also ushered in an era of social coding that is defining how software is developed and is accelerating the adoption and development of projects like Node.js, Ruby and more. GitHub is used by more than 1 million people and hosts more than 2 million code repositories. This is because developers know that building software together, across geographies and often across companies, results in better, more innovative technologies. Linux is the original example of this and more projects are proving this every day.