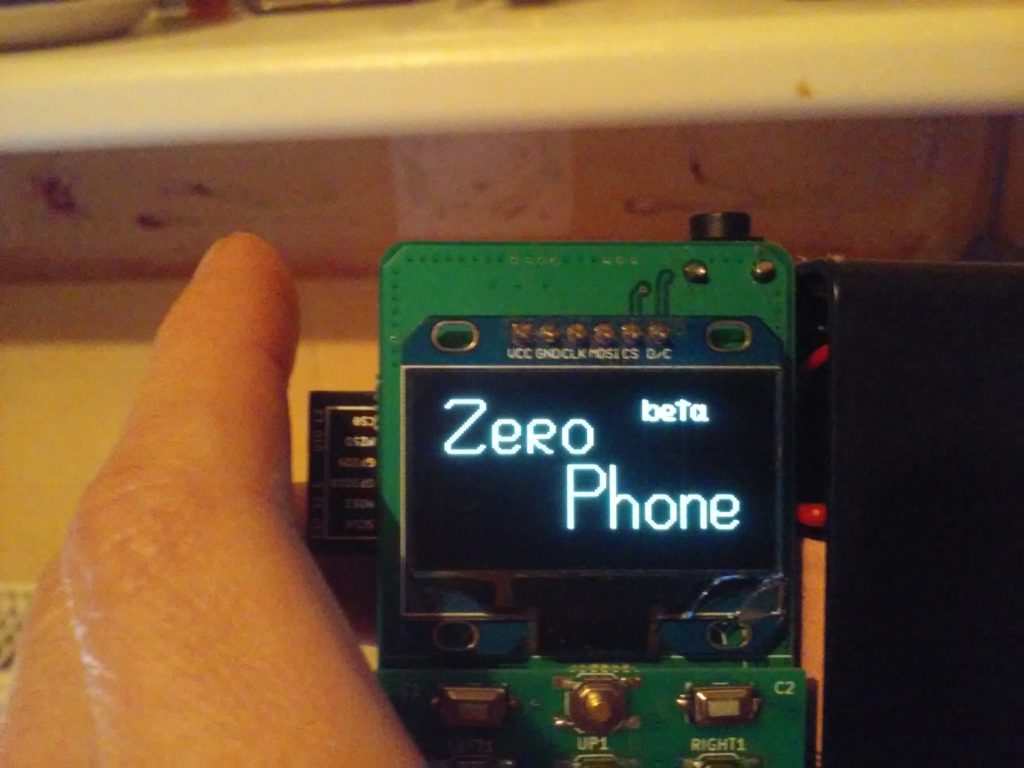 Resembling nothing more than one of the old Nokia 3410s turned inside-out, the ZeroPhone is designed to be:
1) As open-source as possible *while also being cheap*
2) Easy to get parts for if you want to assemble one
3) Easy to assemble and repair
4) Free from apps with privacy concerns
5) Easy to write apps for

It costs about 50$ in parts, and all the parts are available on eBay. Most of the phone can be assembled with just a soldering iron. User interface is written using Python, it has an UI framework for easier app development.

–      Raspberry Pi Zero in a PCB sandwich
–      No proprietary connectors, hard-to-get parts or chips that are tricky to solder. All the specifications for making this phone yourself will be available
–      Python as the main language for developing apps (aiming to add other languages later)
–      UI toolkit making development quicker and easier
–      Numeric keypad, 1.3″ 128×64 monochrome OLED screen (with screen header supporting other types of screens)
–      2G modem for phone functions, can be replaced with a 3G modem
–      WiFi (using an ESP8266), HDMI and audio outputs, a free USB host port
–      GPIO expansion headers for customization
–      RGB LED and vibromotor – for notifications

Check out the full guide on Hackaday for instructions on how to make it. 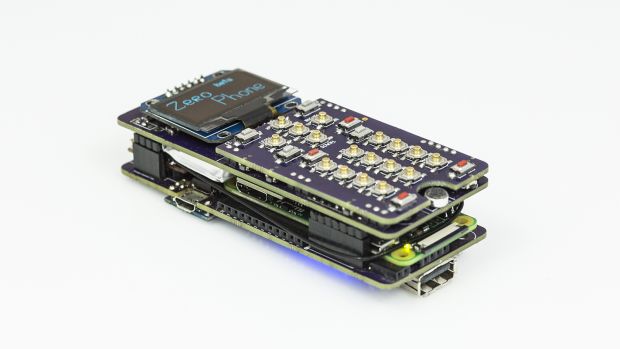