Danyboard M0 is an open-source electronics prototyping platform. It is equipped with:

The board includes a Li-Po charging circuit that allows the danyboard M0 to run on battery power or external 5V, charging the Li-Po battery while running on external power. Switching from one source to the other is done automatically.

Danyboard M0 is designed to provide an efficient, fast, simple and cost effective solution to create IoT and wearable devices. But the board can also drive a robotic arm, located in the other side of the world, using internet :) .

Danyboard M0 is easily programmable and 100% compatible with the Arduino IDE. 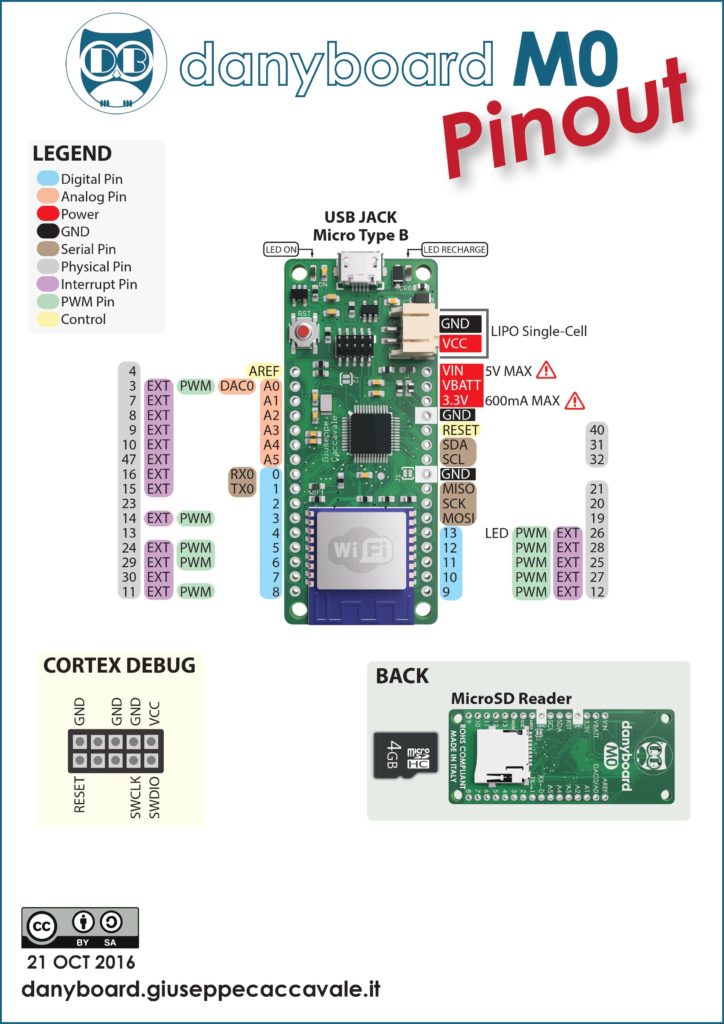 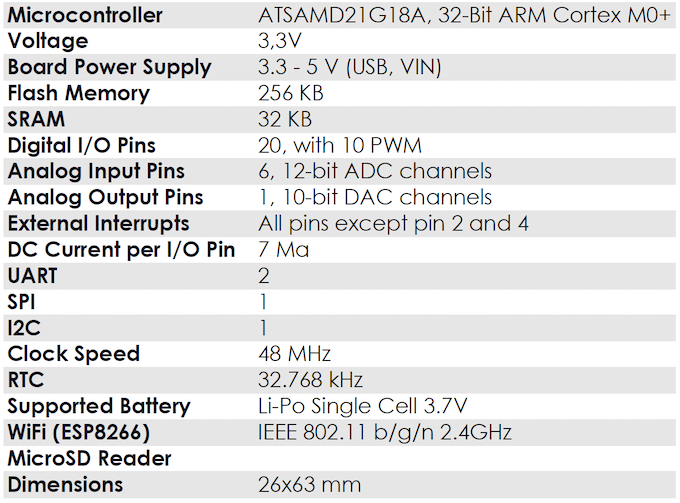 You can feed danyboard M0 with a Li-Po battery single cell 300mAh minimum. Danyboard M0 has also an internal battery chargers, so it will be possible to recharge the battery via the microUSB port without removing the battery. The microcontroller is able to know the level of battery charge.

The Kickstarter campaign has been launched few days ago, go and grab your early bird!