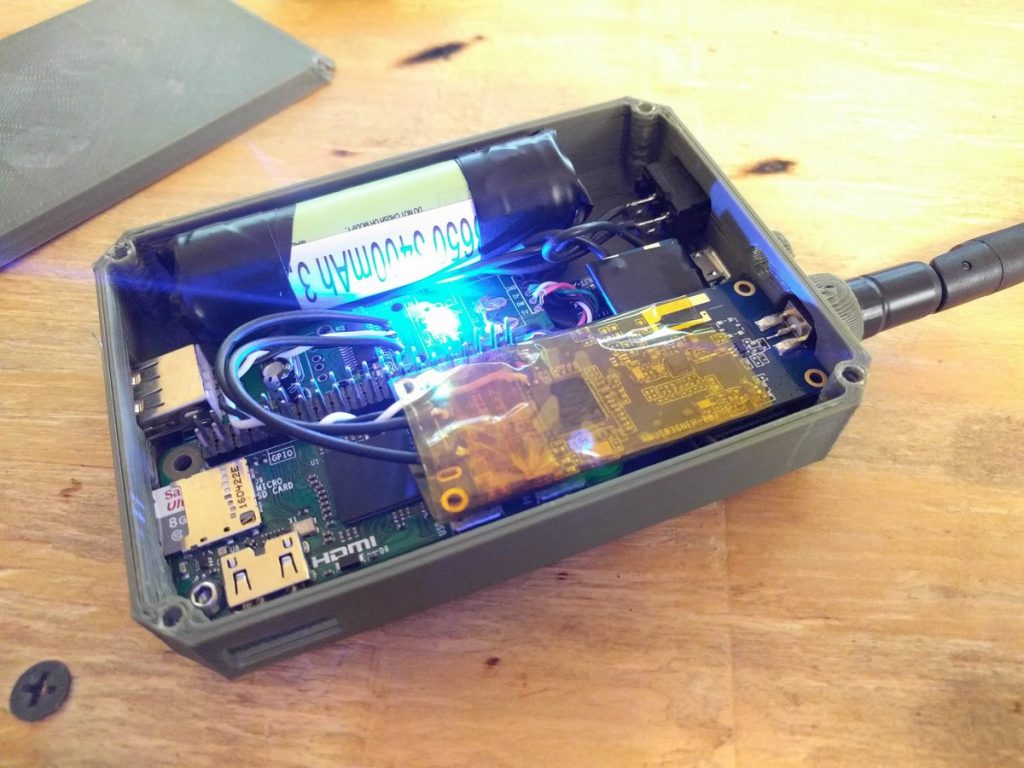 Thanks to a Raspberry Pi and some open-source software you can create your custom DDL system that delivers HD video and telemetry using an Android phone as a display. An android app allows for just about any old Android phone to serve as video feed, on-screen display of telemetry data, and touchscreen interface.

As we can read on GlytchTech, the link uses standard WiFi hardware to create a digital data link that acts more like an analog system, with a preference for delivering low latency video and a graceful drop-off when signal quality gets poor.

“My system is made up of a 3d printed housing, in which a a Raspberry Pi Zero, Alfa NEH wifi card, USB hub, and an NCR18650B battery cell with associated circuitry reside. All but one of the ports on the USB hub were desoldered, as well as the port on the wifi card. These are then soldered directly together with short lengths of wire. This was done to make the system more compact and integrated, as well as more reliable. The NCR18650B battery should allow somewhere between 2 and 6 hours of run time, dependent on conditions. More formal testing will be done soon. There is a small board which allows micro USB charging, a boost converter then boosts the voltage from the battery, to the requried 5v system level. Soon there will be 2 LEDs to indicate power on and system status.”

About the software, he used DroneBridge firmware to build this system. It is an open source implementation of Wifibroadcast that provides extra features and a rather slick Android based app, giving to the system a DJI-like interface, with a minimap and OSD with important details.

Wifibroadcast uses cheap and readily available wifi cards, but without the traditional wifi protocol. Instead the cards are in monitor mode and injecting packets in a unidirectional manner, giving low latency “analog-like” behavior. 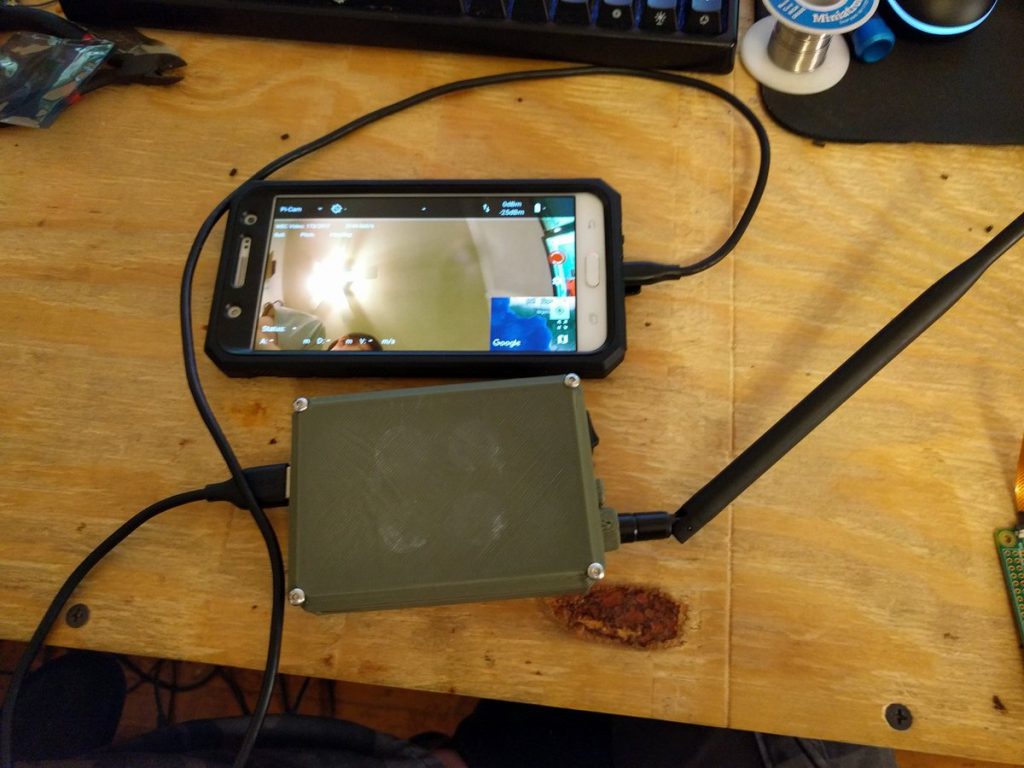