The only problem with ARDUINO is … when you don’t really know so much about electronic hardware … driving more than a LED can become difficult. And using an ARDUINO Board in a professional project is not so popular among professionals.

The solution for those problems is CONTROLLINO!!!

CONTROLLINO is a professional PLC for private and industrial use. A solid hardware build around Atmel’s ATmega328 and the ATmega2560 microcontrollers, ready to run with your ARDUINO projects. 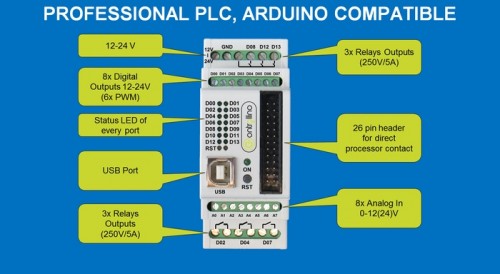