By Boris Landoni on April 1, 2019
Tweet
Pin It
Rik Cross, Senior Learning Manager here at Raspberry Pi, shows you how to recreate the spawning of objects found in the balloon-bursting arcade gem Pang. 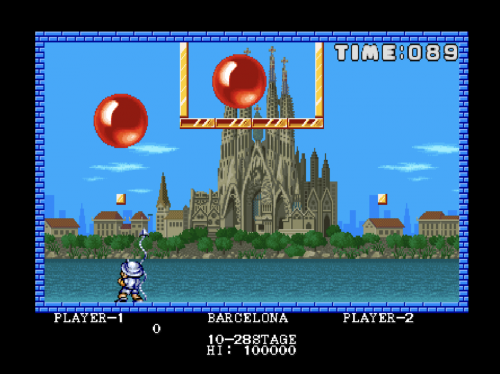 Pang: bringing balloon-hating to the masses since 1989.

Programmed by Mitchell and distributed by Capcom, Pang was first released as an arcade game in 1989, but was later ported to a whole host of home computers, including the ZX Spectrum, Amiga, and Commodore 64. The aim in Pang is to destroy balloons as they bounce around the screen, either alone or working together with another player, in increasingly elaborate levels. Destroying a balloon can sometimes also spawn a power-up, freezing all balloons for a short time or giving the player a better weapon with which to destroy balloons. 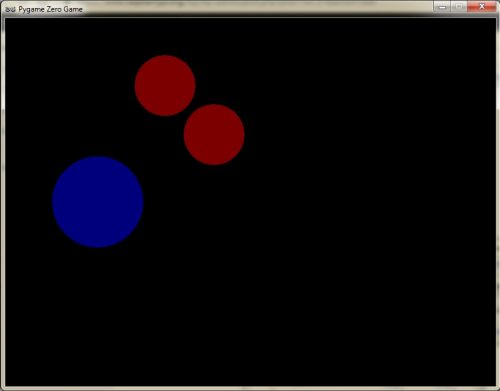 Rik’s spawning balloons, up and running in Pygame Zero. Hit space to divide them into smaller balloons.

There are a few different ways to achieve this game mechanic, but the approach I’ll take in my example is to use various features of object orientation (as usual, my example code has been written in Python, using the Pygame Zero library). It’s also worth mentioning that for brevity, the example code only deals with simple spawning and destroying of objects, and doesn’t handle balloon movement or collision detection.

The base Enemy class is simply a subclass of Pygame Zero’s Actor class, including a static enemies list to keep track of all enemies that exist within a level. The Enemy subclass also includes a destroy() method, which removes an enemy from the enemies list and deletes the object.

There are then three further subclasses of the Enemy class, called LargeEnemy, MediumEnemy, and SmallEnemy. Each of these subclasses are instantiated with a specific image, and also include a destroy() method. This method simply calls the same destroy() method of its parent Enemy class, but additionally creates two more objects nearby — with large enemies spawning two medium enemies, and medium enemies spawning two small enemies. 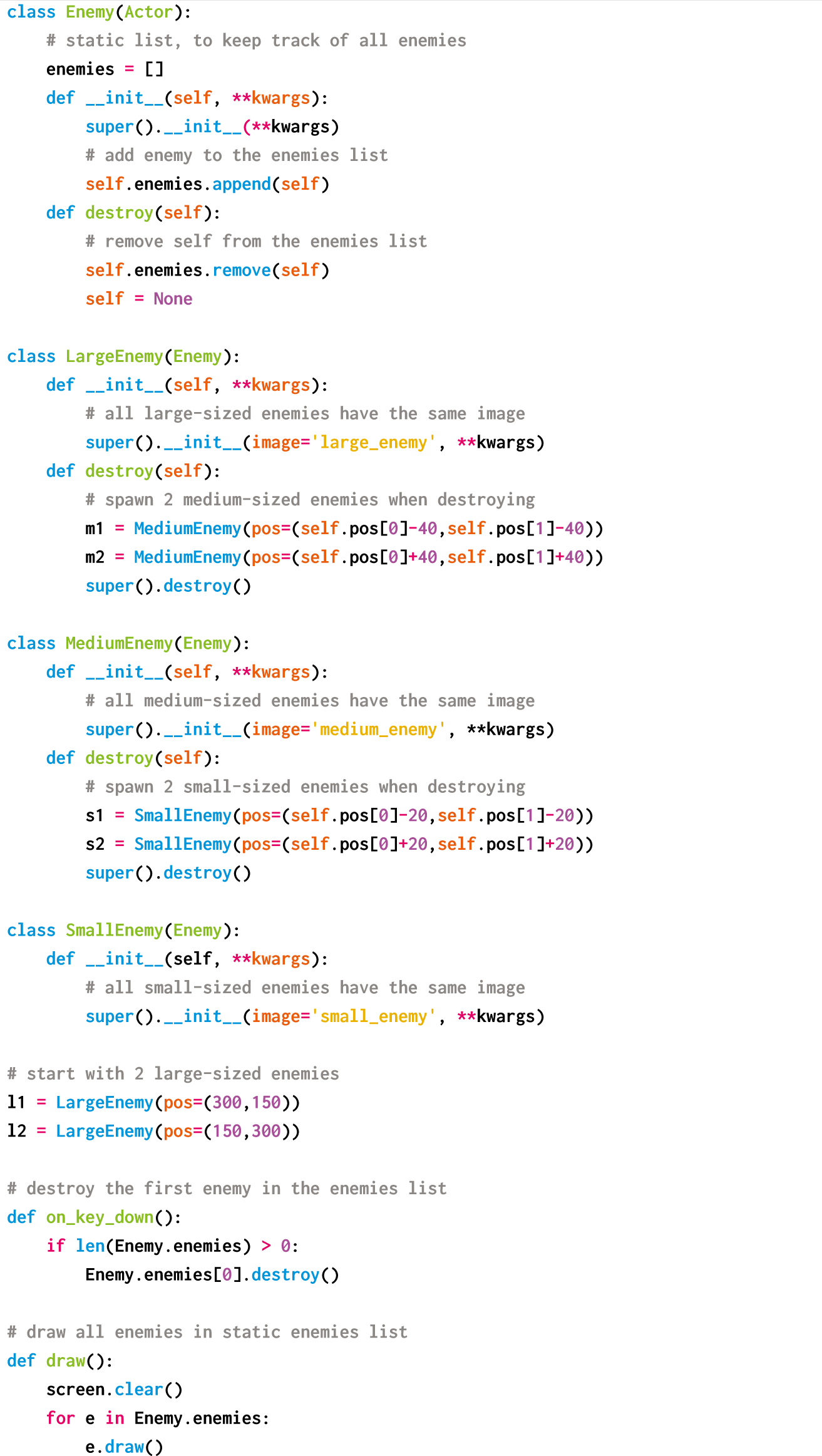 Here’s Rik’s example code, which recreates Pang’s spawning balloons in Python. To get it running on your system, you’ll first need to install Pygame Zero – you can find full instructions here. And you can download the code here.

In the example code, initially two LargeEnemy objects are created, with the first object in the enemies list having its destroy() method called each time the Space key is pressed. If you run this code, you’ll see that the first large enemy is destroyed and two medium-sized enemies are created. This chain reaction of destroying and creating enemies continues until all SmallEnemy objects are destroyed (small enemies don’t create any other enemies when destroyed).

As I mentioned earlier, this isn’t the only way of achieving this behaviour, and there are advantages and disadvantages to this approach. Using subclasses for each size of enemy allows for a lot of customisation, but could get unwieldy if much more than three enemy sizes are required. One alternative is to simply have a single Enemy class, with a size attribute. The enemy’s image, the entities it creates when destroyed, and even the movement speed and bounce height could all depend on the value of the enemy size.

You can read the rest of the feature in Wireframe issue 10, available now in Tesco, WHSmith, and all good independent UK newsagents. 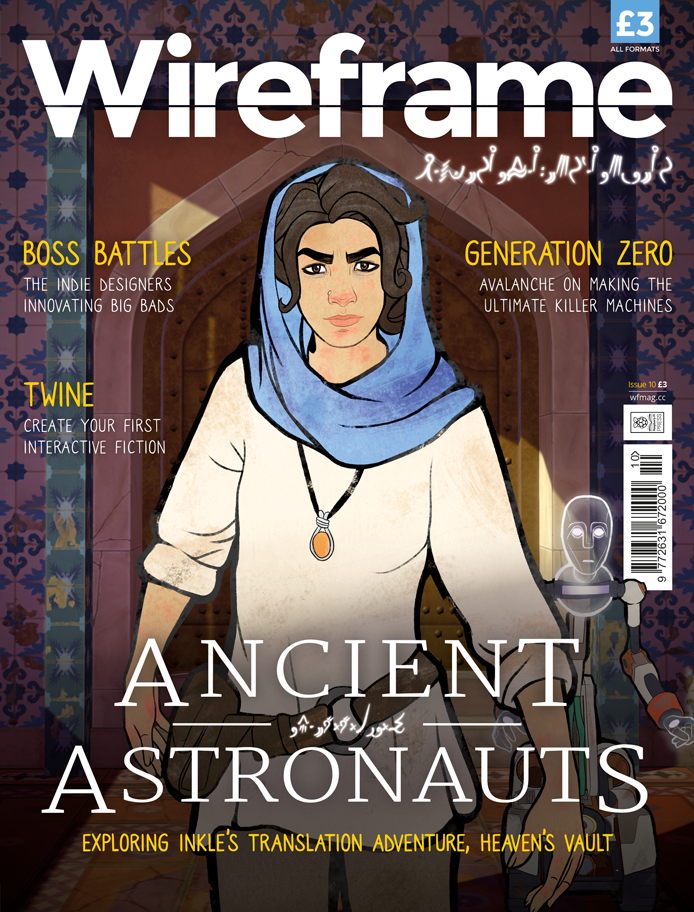