BeagleBone Black and TI LightCrafter for Your Pocket-Sized Projector 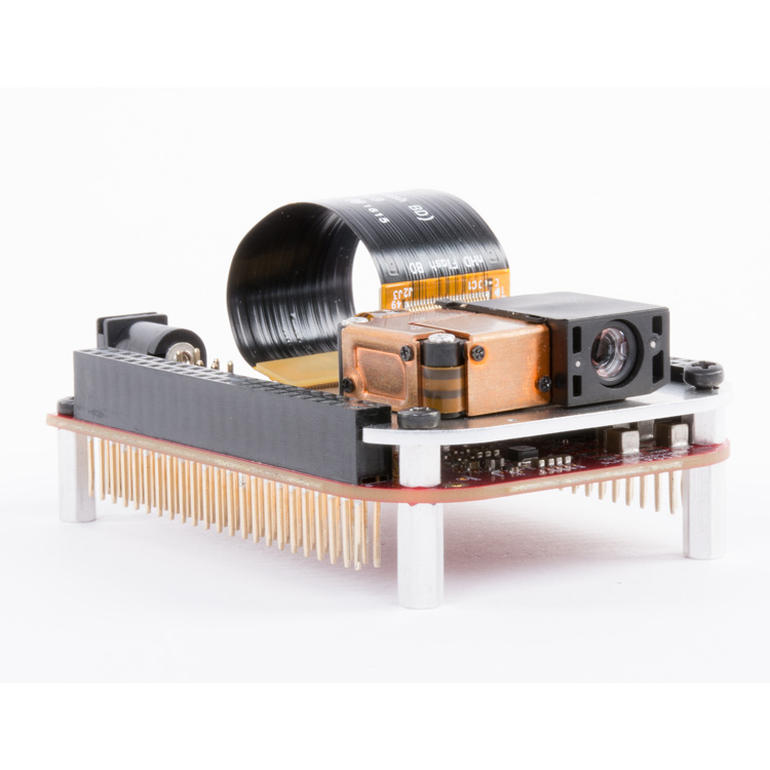 Remember when projectors were so big they came in suitcases? This pico-projector is so small it sits neatly on top of a pocket-sized computer: Texas Instrument’s (TI) DLP LightCrafter Display 2000 EVM slots into the tiny BeagleBone Black board, which uses its Sitara AM335x processors and provides software drivers and BeagleBone Black code-programming examples.

Once attached, the $99 LightCrafter can project a 640 x 360 resolution image at a brightness of up to 30 lumens.
The projector can also be connected to a computer using the USB to ISC connector dongle.

The $55 BeagleBone Black has to be bought separately from the LightCrafter, as does the external 5V, 3A power supply.

Instructions for getting started with the LightCrafter and the BeagleBone Black are available here, with TI recommending BeagleBone users install the latest Debian image for the board. Once the system is set up, the projector can be configured as the external monitor for the BeagleBone using a single I2C command. 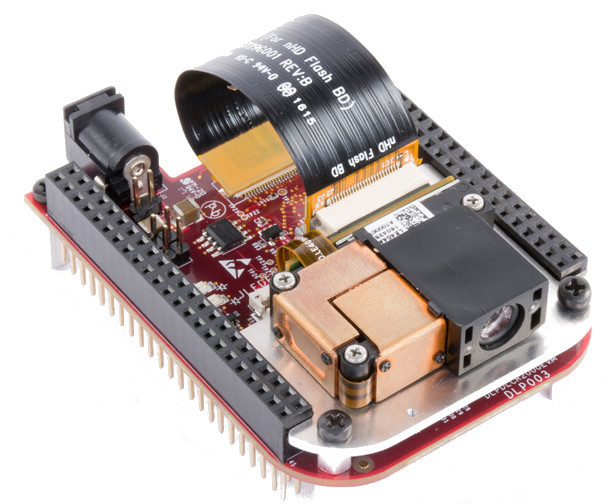