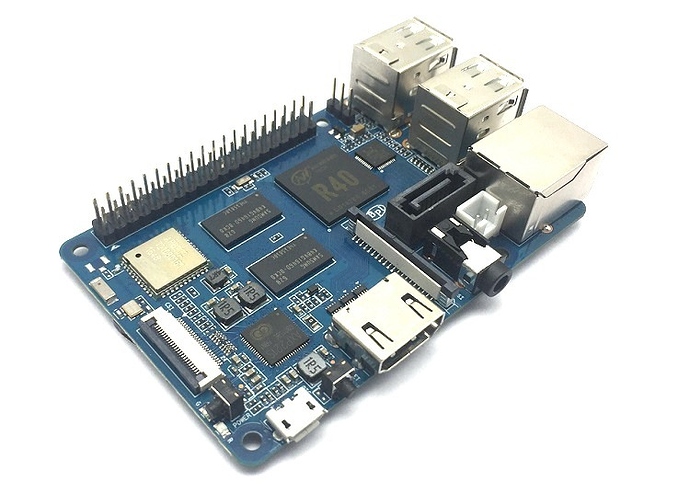 Banana Pi (BPi) is a series of RPi-similar (not compatible) boards manufactured by the Chinese company Sinovoip. Like the RPi, several versions exist.

Compared to the standard M2, the Berry and the Ultra models add SATA support.

However if you don’t need SATA in a smaller RPi-like form factor and price point, there is little reason to choose the Berry for only three dollars less than the faster quad -A53 Raspberry Pi 3.
In fact the BPi M2 Berry is equipped with an Allwinner R40 32-bit quad-core ARM Cortex-A7 CPU which gives the Berry a similar amount of horsepower as the Raspberry Pi 2 version 1.0.

The graphics side is handled by a MALI-400 GPU. This GPU is the same for all BPi boards, except for the M3.
Like the RPi3 the Berry has Wi-Fi and Bluetooth, but V4.0 vs V4.1 for the RPi3. Unlike the RPi, the BPi has two push-buttons, Reset and user defined, which may come in handy in some applications.

Specifications listed for the Banana Pi BPI-M2 Berry include: 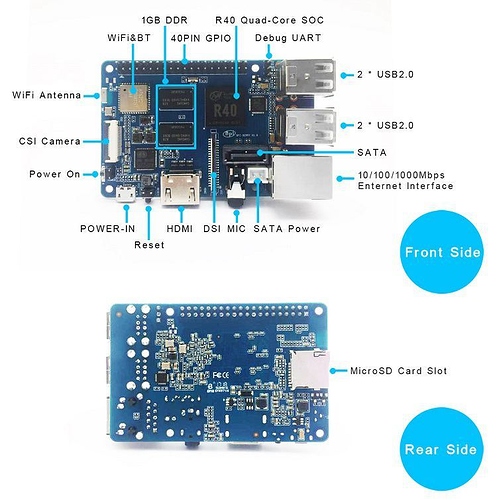