Intel Galileo board is the first product in a new family of Arduino Certified boards featuring Intel architecture. The platform is easy to use for beginners and for those looking to take designs to the next level.

Galileo is a microcontroller board based on the Intel® Quark SoC X1000 Application Processor, a 32-bit Intel Pentium-class system on a chip.

Overall, the Intel Galileo development board is a great tool for quickly prototyping simple interactive designs like LED light displays that respond to social media, or for tackling more complex projects from automating home appliances to building life-size robots that you control from your smartphone. 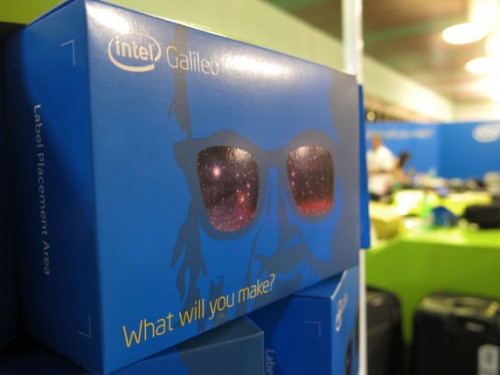 If not enough, according to Arduino blog, the team will also present Arduino Tre, the next generation Linux powered board:

Next saturday  5th of October Massimo Banzi with Jason Kridner and Gerald Coley (Texas Instrument) will talk about the new collaboration on Arduino TRE during a talk at Maker Faire Rome ( from 15.30 in Room G – Archimede).

Arduino TRE, based on the Texas Instruments Sitara AM335x ARM Cortex-A8 processor is the “most powerful Arduino to date” and the first that will be able to run “full Linux.” 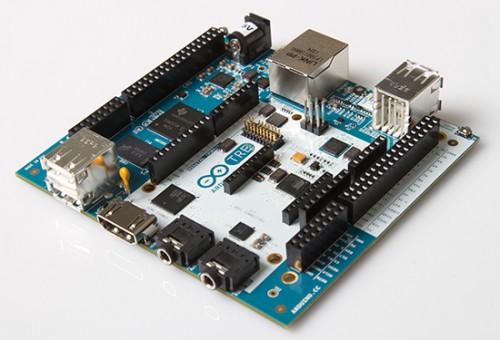