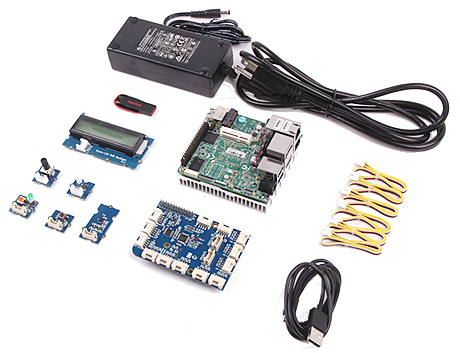 Arduino Create is integrated with the pre-installed Ubuntu 16.04 stack running on the SBC in order to ease rapid prototyping capabilities and supply a “more expansive set of tools, libraries, and code samples available for IoT development across verticals,” says Intel.

The UP Squared IoT Grove Development Kit offers pre-installed Ubuntu 16.04 and Arduino Create, which includes over 400 sensor libraries. The kit combines a standard UP Squared (UP2) board with Seeed’s Grove Pi+ interface board, which normally interfaces to a Raspberry Pi 40-pin connector. Here, the board connects to the UP Squared’s RPi-style 40-pin connector.

The UP Squared IoT Grove Development Kit also includes some of the components of the kit that ships with Grove Pi+, including a backlit Grove LCD RGB display. There are also Grove sensor modules including rotary angle, light sensor v1.2, button, green LED, and temperature/humidity. 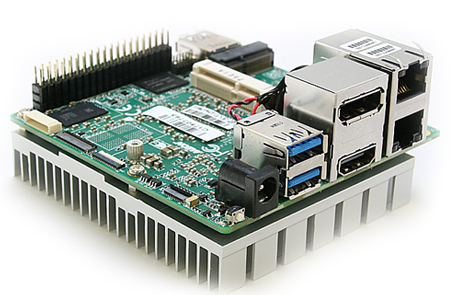